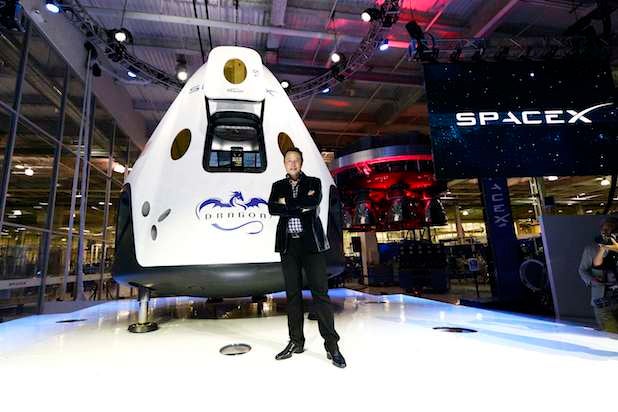 Space travel may have just been revolutionized.

SpaceX — a company that has already flown unmanned capsules to the International Space Station — unveiled a new, reusable spacecraft called the Dragon V2 (above), which can transport up to seven astronauts to low-Earth orbit and land anywhere on the planet with the accuracy of a helicopter.

“This is extremely important for revolutionizing access to space because as long as we continue to throw away rockets and space crafts, we will never truly have access to space it’ll always be incredibly expensive,” SpaceX founder Elon Musk told the the Associated Press during his presentation to a number of media outlets on Thursday .

Crafts returning from space pass end up in flames, but the Dragon V2 would be ready for rapid reloading and reusability of the spacecraft.

The technological advancement matters to NASA because it is currently relying on Russian rockets to transport astronauts to space at a cost of nearly $71 million per seat.

Using funding from Congress, the country’s space agency is expected to award at least contract to a private company, like SpaceX or Boeing, to continue development on a spacecraft that can ferry American astronauts to the Space Station by 2017.

“It will be capable of carrying seven people, seven astronauts, for several days,” Musk said. “It has an improved version of our heat shield and it’s all around, I think, really a big leap forward in technology. It really takes things to the next level.”