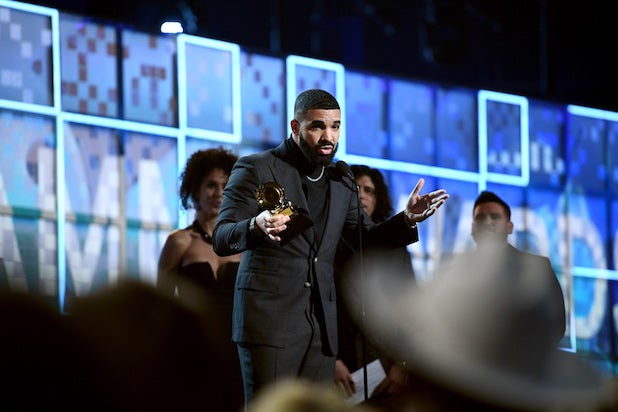 Drake was booed off stage at the Camp Flog Gnaw music festival in Los Angeles on Sunday night after he was unveiled as a surprise headliner for the evening.

Videos on social media show that Drake was warmly received after he was introduced by the festival’s host, Tyler, the Creator. But because rumors had earlier circulated that often-reclusive soul artist Frank Ocean might be the surprise headliner instead, Drake was booed offstage as many in the crowd chanted “We want Frank.”

“Like I said, I’m here for you tonight. If you want to keep going, I will keep going,” Drake said after performing the song “Wu-Tang Forever.” “It’s been love. I go by the name of Drake. Thank you all for having me.”

Tyler, The Creator took to Twitter on Monday to address the situation in all caps, which we’ve lower-cased for the good of everyone.

“I thought bringing one of the biggest artists on the f—ing planet to a music festival was fire! But flip side, a lil’ tone deaf knowing the specific crowd it drew. Some created a narrative in their head and acted like a–holes when it didn’t come true and I don’t f— with that.”

Tyler, the Creator added: “Also, mostly everyone was having a great time, those s—s in the front area were the ones being mad rude, which, I can see why, but nah, f— that, y’all represented me and flog to my guest and made us look sooo entitled and trash. … That s— was like mob mentality and cancel culture in real life and I think that s— is f—ing trash.”

He then thanked Drake.

YouTube star DJ Akademiks said he spoke with Drake about the experience, and that the rapper said that it was a “moment of humility, which is always welcomed,” and that Sunday “was just not my night. Wasn’t who they wanted to see.”

Drake played just nine songs before being booed off stage at the Camp Flog Gnaw music festival hosted Saturday and Sunday at Dodger Stadium in Los Angeles. Among the festival’s other headliners were Solange, YG and Brockhampton.

The rapper YG also brought out Stormy Daniels to the stage over the weekend in a “f— Donald Trump” moment. “My name is Stormy F—ing Daniels, and I am the reason that Donald Trump is f—ed,” Daniels said to cheers from the crowd.

Check out some videos of Drake’s performance via social media below.

Drake was the surprise guest headliner at Camp Flog Gnaw and got booed because he's not Frank Ocean: https://t.co/9JxoSBNPbTpic.twitter.com/mFn4ouscRi

They really booed Drake off stage because they wanted Frank Ocean instead ????pic.twitter.com/HfgBnr80Jo

DRAKE WAS FUCKING LIT THANK YOU @tylerthecreator and FUCK YOU to all the fans that booed Drake off. Bunch of ungrateful fucks ruined it not only for myself, but I’m sure for Drake and Tyler also because that man didn’t even say bye and thanks like he always does. #CFG2019 pic.twitter.com/NARS0kJ42D

Everyone came out to play after the show

After 'Three Billboards Outside Ebbing, Missouri" walked off with the top film prize to end the show, parties broke out in every corner of the Beverly Hilton and neighboring Waldorf Astoria. Ricky Martin, Drake, and Mariah Carey joined the winners.