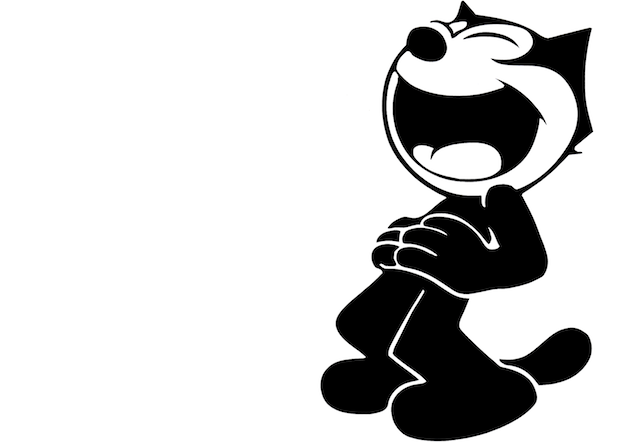 DreamWorks Animation has acquired all rights to Felix the Cat, the feline cartoon from the silent film era, DWA CEO Jeffrey Katzenberg said during a speech at the Licensing Expo in Las Vegas.

A popular cartoon throughout the 1920s, Felix first appeared in film shorts and a comic strip. He resurfaced in various TV shows and movies since the introduction of sound, and ranks as one of the greatest cartoon characters of all-time.

“Felix really goes beyond evergreen status and rises to something even more uncommon, as he is a true icon,” Katzenberg said during a speech given to executives from retail, fashion and entertainment.”We plan to make him one of the most desired fashion brands in the world.”

Felix joins DreamWorks Animation’s growing stable of treasured charcaters from old kids’ shows. The company bought the rights to Casper the Friendly Ghost, Lassie and The Lone Ranger among others, when it acquired Classic Media in 2012.

The company has been amassing a library of characters to employ in TV shows, web series, video games and, as Katzenberg’s statements about Felix indicate, clothing. Katzenberg founded DreamWorks Animation as a movie studio, but he has been gradually turning it into much more, producing shows for Netflix, acquiring online video network AwesomenessTV and hiring executives to create theme parks, board games and various other consumer products based on its characters.

The constricting economics of the film industry forced this strategic pivot, though Katzenberg walked back previous statements about the movie business not being a growth industry.

As for Felix, we can only hope DWA uses this as its model for future clothing: