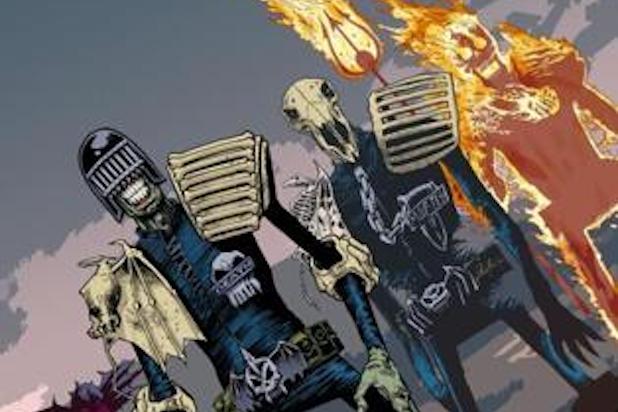 Judge Dredd fans have spent two years clamoring for a sequel to the epic 2012 action movie “Dredd” to no avail. But executive producer Adi Shankar has taken cinematic justice into his own hands, TheWrap has learned.

Shankar has spent the last two years creating a top-secret “Dredd” miniseries centering on the Dark Judges to thank the loyal fans who passionately supported the feature.

Shankar told TheWrap that the project will be released online later this month — and the best part — it will be free.

Shankar first alluded to the “Dredd” miniseries in a Reddit “Ask Me Anything” on March 19, 2013, when he described it as a short film. The project has since become a seven-part miniseries.

Shankar recently thanked “Dredd” fans for their unwavering support in an appreciation video that he taped in honor of Day of Dredd. Watch the video below.

Pete Travis directed “Dredd” from a script by Alex Garland. Karl Urban starred as the titular enforcer, and he was joined by Olivia Thirlby, Lena Headey, Wood Harris and Domhnall Gleeson.

To get a taste of Shankar’s Bootleg Universe, check out his well-received short “Punisher: Dirty Laundry” below.