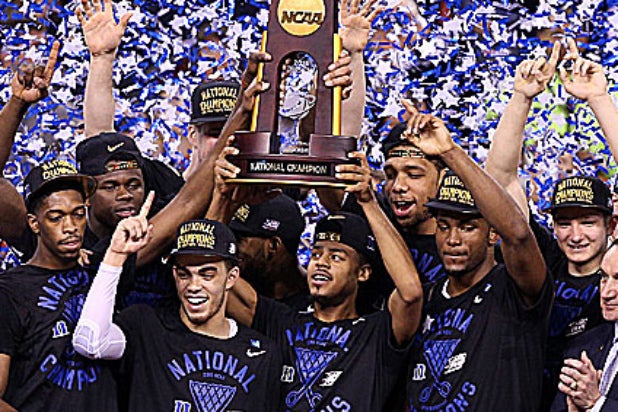 TheWrap reported overnight numbers earlier, which readers can view below.

Don’t be surprised to see CBS Sports employees cutting down some nets of their own this morning: The NCAA Tournament Men’s National Championship Game on Monday night scored its highest overnight rating in 18 years.

The CBS broadcast earned a 17.1 household rating/27 share, as Duke edged Wisconsin in a borderline nail-biter. The last time the tournament final bested those numbers was in 1997, when an Arizona-Kentucky matchup received an 18.0/28, according to Nielsen’s metered market ratings.

The NCAA Tournament grossed a record 350 million total social impressions across Facebook and Twitter, a 45 percent increase over 2014.