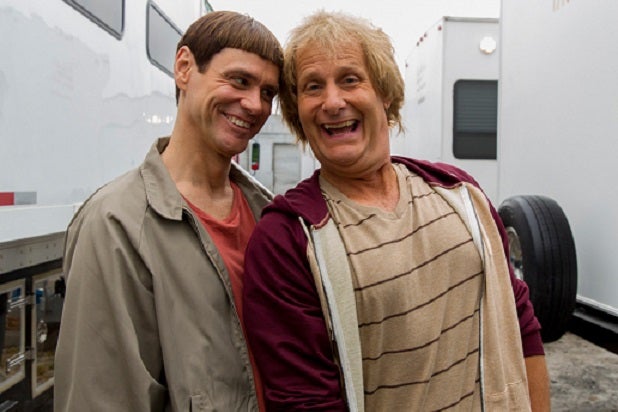 Universal Pictures will release “Dumb and Dumber To” on Friday, Nov. 14, 2014, the studio announced Monday.

Jim Carrey and Jeff Daniels will reprise their signature roles as Lloyd and Harry in the sequel to the 1994 comedy that made $247 million at the worldwide box office. The first film’s directors, Peter and Bobby Farrelly, are back as well.

The Farrelly brothers are producing alongside Riza Aziz and Joey McFarland of Red Granite Pictures.  They are joined by fellow producers Charles Wessler and Bradley Thomas.

Universal Pictures will distribute the film in the United States, Canada and select international territories.