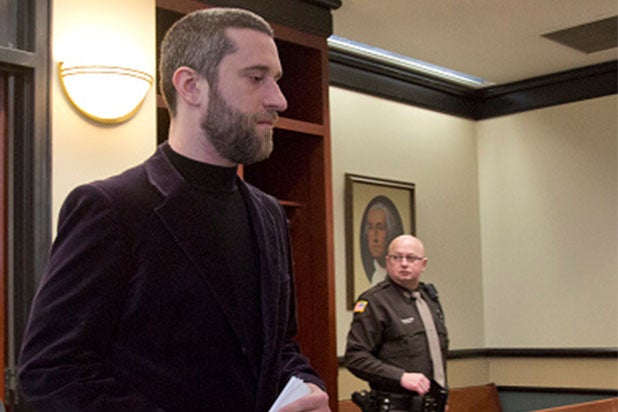 Screech will have his day in court. Even if he’d rather not.

Dustin Diamond, who played uber-nerd Samuel “Screech” Powers on the sitcom “Saved by the Bell,” has been ordered to stand trial for allegedly stabbing a man in a Wiconsin bar on Christmas Day, the Associated Press reports.

The 37-year-old actor is facing a felony endangerment charge as well as two misdemeanors over the alleged incident.

Diamond was arrested in Port Washington, Wisconsin after allegedly stabbing a man during a fight at the Grand Avenue Saloon. Diamond reportedly fled the scene with his fiancee, but was apprehended nearby.

As TheWrap previously reported, Diamond claimed that week that he acted in self defense, and was his side of the story will be enough to persuade a judge to dismiss three charges against him stemming from the incident.

According to him, “there was a group of intoxicated people being rude and insulting.” TheOzaukee County district attorney’s report added that Diamond only got involved in the altercation after his girlfriend, Amanda Schutz, began fighting with a female member of the group harassing them. The actor also said he did not intentionally stab the man under the armpit, but “chaos broke out and people were grabbing at him.”

In Season 1's "Screech's Girl," the smitten nerd falls in love with Bambi, who is actually just Zack Morris (Mark-Paul Gosselaar) speaking in falsetto on the phone. At one point Screech handcuffs himself to the lockers in protest and won't let himself go until Bambi shows up. Fortunately she finally does, but in the form of Zack in drag.