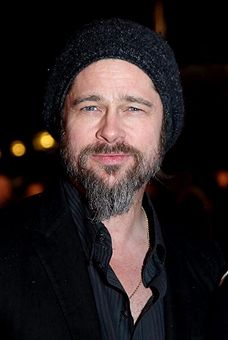 Oscar-winning actor Robert Duvall has been a chatty source of information lately.

At today’s "Get Low" junket in New York, Duvall told Hollywood-Elsewhere that his "Crazy Heart" director Scott Cooper recently met with Brad Pitt about directing "The Hatfields and the McCoys" for Warner Bros.

Duvall said that Oscar winner Eric Roth ("Forrest Gump") has written an "excellent" script about the legendary family feud of the late 1800s, and that Pitt would play "the main guy" should he be able to find room for the project in his busy movie star schedule. Pitt’s production company, Plan B, would also produce, with Oscar winner T-Bone Burnett ("Crazy Heart") doing the music.

Meanwhile, in a Moveline interview posted yesterday, Duvall revealed that "the Irish guy who was in "Crazy Heart"" (aka his co-star Colin Farrell) had turned down the lead in Terry Gilliam’s long-gestating "The Man Who Killed Don Quixote."

"They [the producers] need a name," Duvall said. "He’s [Gilliam’s] going after two people now, but he doesn’t want to say who they are until after he gets them. But it’s been six months he’s been after people. And it’s a bigger budget than his others. And he doesn’t stick to a budget, they say. He goes on and on. And he’s got locations picked out in Spain. So it’ll be very exciting. And when the time comes — and I know for sure — then I’ll start riding horseback every day … But you know, when the time comes … I can’t really start preparing for it until it’s greenlit. Until it’s really greenlit."

Duvall describes the film as being about "a guy who was going to become like Don Quixote. And in the end he goes back to shoemaking … but he has to get his Sancho Panza. I’m theoretically playing a Latin guy," said Duvall, who reportedly impressed Gilliam with his turn as a Cuban barber in 1993’s "Wrestling Ernest Hemingway."

"The Hatfields and the McCoys" sounds like it could make for a fascinating movie, but I doubt we’ll ever see "The Man Who Killed Don Quixote," and after suffering through Gilliam’s "The Imaginarium of Dr. Parnassus," I’m not so sure I’d want to.