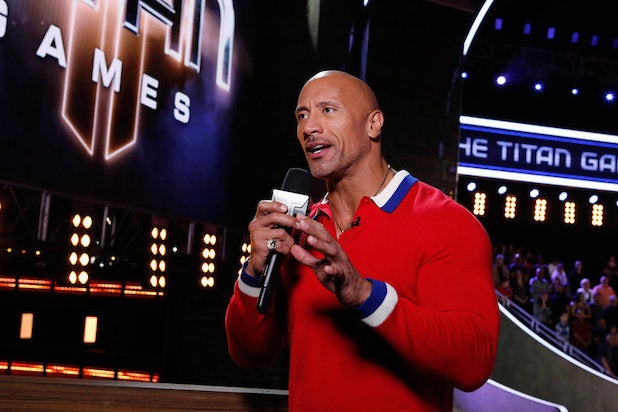 Of course, one day after the actual Titanic-sized “Masked Singer” debut on Fox, the early returns for NBC’s new alternative series don’t look quite as big as they otherwise might.

“Titan Games” opened to a 1.8 rating/8 share among adults 18-49 and 6.5 million total viewers. The rating was enough to hand NBC a primetime win in the demo — the net’s first ever on a non-sports Thursday while facing an original “Big Bang Theory” — though CBS topped the night in terms of overall eyeballs.

Over on Fox, the final season of “Gotham” started pretty quietly. NBC’s “The Blacklist” season premiere benefitted from a beefed-up lead-in.

NBC was first in ratings with a 1.5 rating/6 share in the advertiser-coveted 18-49 demographic and second in total viewers with an average of 5.7 million, according to preliminary numbers. Following “Titan Games,” the new season of “The Blacklist” at 10 p.m. began to a 0.9/4 and 4.2 million viewers.

Univision and Telemundo tied for fifth in ratings, both with a 0.4/2. Univision was fifth in total viewers with 1.4 million, Telemundo was sixth with 1 million.