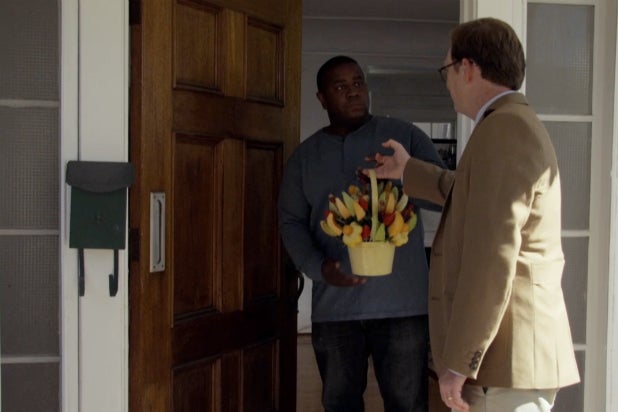 With “Eastbound & Down” wound down, Andy Daly has a new gig on Comedy Central that requires transforming himself into a overt racist — among other equally horrible and hilarious things.

“Review,” which premieres on March 6, is a mock newsmagazine show starring Daly as “life critic” Forrest MacNeil, who takes on challenges from viewers interested in what it’s like to eat 15 pancakes, sleep with a celebrity, or in this case, be a racist. It’s like Morgan Spurlock‘s “Inside Man” on black-market steroids.

“You and your ladylike show aren’t ballsy enough to do this, but anyone interested in ‘real life’ would want to know what racism is all about,” writes one viewer in a clip released by Comedy Central.

In the video, Daly (as MacNeil), who is white, does “extensive” research about black people and real live racists, and utilizes what he’s learned to become one himself. The consequences, as you can imagine, are awful — awfully funny, that is.

Watch the clip below (not for the easily offended!):