Ebony magazine chose a very controversial way in which to illustrate a story about the downfall of Bill Cosby and the “broken hearts of black America.”

The November issue of the publication focuses on African-American families and features a fractured image showing the cast of the comedian’s iconic sitcom, “The Cosby Show.”

The broken photo of the fictional Huxtable family in order to represent real-life cultural issues offended many readers, who voiced their anger on social media.

“The cover breaks my heart; what Dr. Cosby have done, does not break the ‘Black Family Bond’ this is a horrible perception Ebony, are they still Black Own!? I hope they don’t sale a single issue!!!” one person wrote on the magazine’s Facebook page.

“To crucify a TV show and its other actors who worked hard and made this show a legacy and for many people taught values and showed a strong family unit, for Ebony magazine to try and tarnish this shows reputation is both tasteless and a slap in the face to America AND black America,” another wrote.

A comment stating “regardless if Bill Cosby is guilty or innocent. That is no reason to demean the entire show,” represented a feeling.

However, some readers appreciated the impactful message from the magazine, writing: “Thank you @EbonyMag for never sugar coating.”

“This is how you make a statement without saying a word,” another user said.

Cosby has appeared in the publication many times over the years, but his name is now more commonly seen in sexual assault allegations than in glossy magazines.

The latest lawsuit was filed Wednesday in Pennsylvania by a woman who claims that the comedian sexually abused her for years, starting when she was a minor in high school. Renita Hill says she met Cosby when he was searching for a co-host for an episode of his 1984 educational show “Picture Pages.” According to Hill, after choosing her as a co-host, Cosby presented himself as a mentor, requesting that she travel to see him at locations where he was performing, such as Atlantic City, New York City and Denver.

Also Read: Eddie Murphy on Declining to Play Bill Cosby on 'SNL 40': 'There's Nothing Funny About It'

In the past year, Cosby has been accused of sexual assault or rape by over 40 of women, many of whom claim that he drugged them beforehand. In the wake of the accusations, Cosby has suffered several career setbacks, and faces multiple lawsuits.

See the Ebony cover and the tweets below. 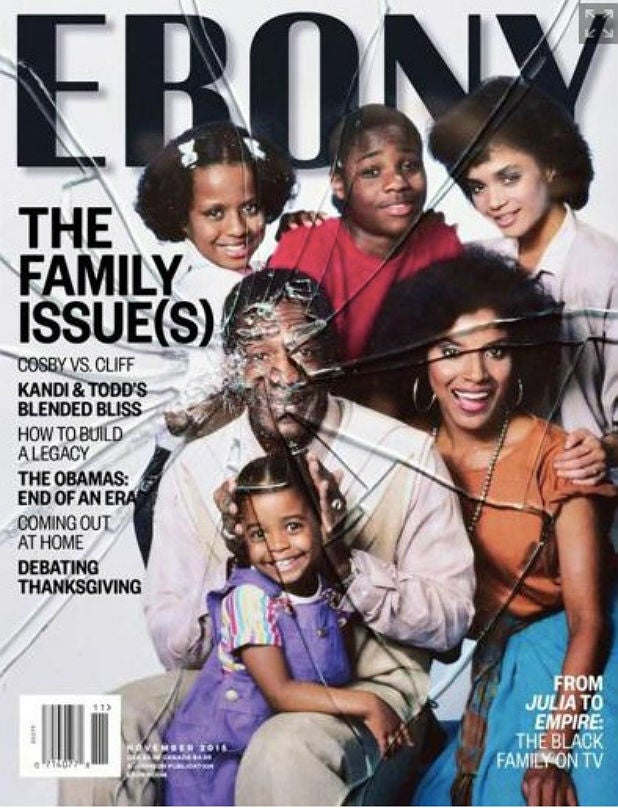 This is actually problematic. "All about the Black family and some of OUR most complicated issues"…who is our? https://t.co/zvl4tl8kkf

Heads Up: that new Ebony cover is going to show up your grandmama's house. You better practice respectfully disagreeing with your elders.

thank you, @EBONYMag, for never sugarcoating.

Now THIS is how you make a statement without saying a word. Powerful. https://t.co/Axql3n9OJ8

Black liberation in America has often had a strain of "be respectable and white folks will respect you!" Only, that's not how it works.