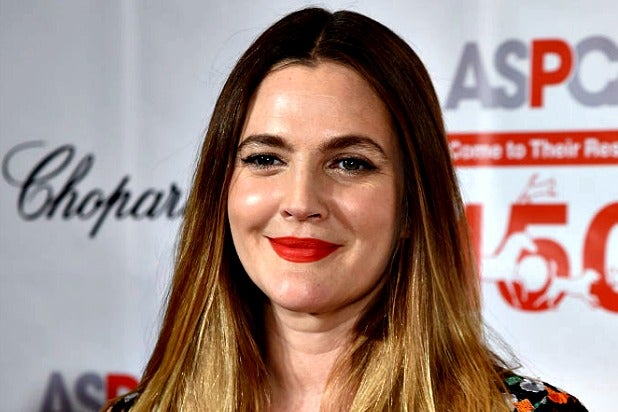 “This interview with Drew Barrymore in the Egypt Air in flight magazine is, umm, surreal,” Baron tweeted, proceeding to post photos of the “interview” that is loaded with spelling and grammatical errors.

The article, written by Aida Tekla, claims Barrymore decided to leave the lime light and become a stay-at-home mother to her two daughters. In fact, it isn’t too kind to the “Never Been Kissed” actress at all, focusing on her failed personal relationships rather than her long-spanning career, noting “she has not yet succeeded in any relationship for various reasons.”

“Despite being unstable in her relationships most of her life, despite the several unsuccessful marriages and despite the busy life of stardom that dominated her life for several years; the beautiful American Hollywood actress Drew Barrymore has recently decided to temporary [sic] take an unlimited vacation to play her most crucial role as a mother,” read the article.

“It is known that Barrymore has had almost 17 relationships, engagements and marriage; psychologists believe that her behavior is only natural since she lacked the male role model in her life after her parents’ divorce when she was only 9 years,” it continued. “Ever since that time, she has been subconsciously seeking attention and care from a male figure; but unfortunately things do not always go as planned and she has not yet succeeded in any relationship for various reasons.”

Also Read: Drew Barrymore to Double Up With 2 Lead Roles in 'The Stand-In'

Responding to one of the questions, Barrymore allegedly said, “I cannot deny that women made a great achievement over [the] past century, there is significant progress recorded by people who study women status throughout history. This is naturally reflected on women in the west who will not be satisfied unless they gain the rights they deserve to the society. This is especially true since women exert tremendous efforts that men are incapable of exerting due to their numerous commitments and obligations.”

People were quick to rush to the defense of the actress, calling the article “disrespectful” and “awful.””

“This is unreal,” one user tweeted. “Surely she didn’t approve it?”

“Not often you read an interview where the questioner and the subject speak with exactly the same voice,” added another.

This interview with Drew Barrymore in the Egypt Air in flight magazine is, umm, surreal. pic.twitter.com/fN3lNHXbL0