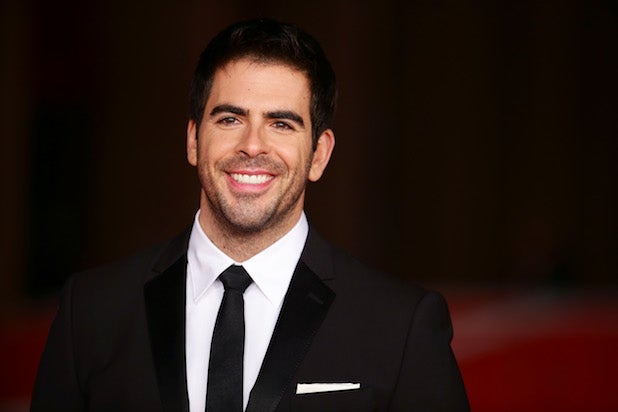 After a six-year gap between “Hostel: Part II” and “The Green Inferno,” Eli Roth is moving quickly on his next directorial effort, as he’s set to reteam with his “Aftershock” co-writers on the horror movie “Knock Knock,” two individuals familiar with the project have told TheWrap.

Roth will direct from an original screenplay he co-wrote with Nicolas Lopez and Guillermo Amoedo. Roth will also produce with Colleen Camp (“Squirrels to the Nuts”), a veteran actress who can currently be seen in “American Hustle.”

“Knock Knock,” which is budgeted under $10 million, is scheduled to start production in April.

Roth is the horror junkie behind “Cabin Fever” and “Hostel,” which helped establish him as a name brand in the world of genre filmmaking. After 2007’s “Hostel: Part II,” he waited six years to shoot his follow-up “The Green Inferno,” a cannibalism movie that Open Road Films will release in September. During his hiatus from directing, Roth co-starred in Quentin Tarantino‘s “Inglourious Basterds” and produced “The Last Exorcism” and its sequel, RZA‘s directorial debut “The Man With the Iron Fists,” Ti West‘s upcoming thriller “The Sacrament,” the Netflix series “Hemlock Grove” and the low-budget genre movies “Clown” and “Aftershock.”