This story on Elisabeth Moss first appeared in the Down to the Wire issue of TheWrap’s Emmy magazine.

Elisabeth Moss has already played the poster child for female empowerment for seven seasons and six Emmy nominations on “Mad Men,” as her secretary-turned-copywriter Peggy Olson fought to be recognized in the casually misogynistic world of 1960s Madison Avenue. But that was a minor struggle compared to what Moss’ character goes through in “The Handmaid’s Tale,” Hulu’s adaptation of the 1985 Margaret Atwood novel about a theocratic society that uses Biblical texts to brutally repress women.

Even in the privileged classes in Gilead, women are not allowed to read, and the few fertile ones are kept for the sole purpose of delivering children for the masters who ritualistically rape them every month.

The show became a political hot potato and a critical smash, picking up 13 Emmy nominations and becoming one of the record five new series nominated in the Outstanding Drama Series category. That unprecedented freshman class also includes “The Crown,” “Westworld,” “This Is Us” and “Stranger Things,” with the first-year series “Atlanta” landing a nod on the comedy side.

Also Read: Elisabeth Moss on Why She Became a Feminist: 'Our Generation Has Taken Our Rights for Granted' (Video) 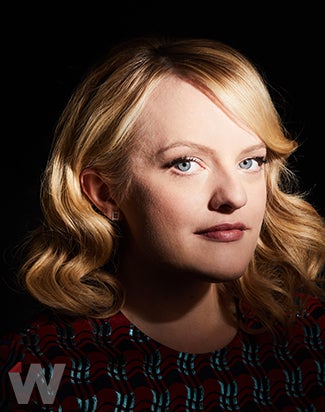 In an interview for the cover of TheWrap’s Emmy magazine, Moss talked about the rise of so much great TV, and about “The Handmaid’s Tale” only a few minutes before it won the award for Program of the Year at the Television Critics Association Awards.

People always talk about what a great time this is for television, but you were on some pretty remarkable shows in the past. Do you think we’re in a peak era for quality TV?
Yeah. I think there’s just more and more and more. It’s definitely a peak time, and I love it, because I was around when the idea of a new golden age of television was new. And to see it not only continue but blossom has been fantastic.

Do you find more interesting opportunities in television than in film these days?
I think just purely economically, yes. Just the way it’s structured now, you can do a lot more on television than you can do in film. It’s really hard to get a certain kind of movie made. You’ve either got big ones or you’ve got little tiny ones, whereas television has kind of replaced that middle ground in film.

Name a filmmaker and they’re doing a TV thing now. And they can, because that’s where they’re giving the money to. 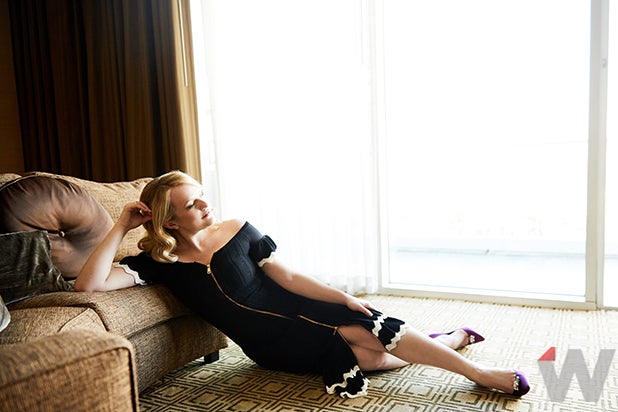 When you’re looking for a new project, I suppose the great thing is that your résumé already includes “The West Wing,” “Mad Men” and “Top of the Lake.” But the scary thing is that your résumé includes those three shows, and if the next thing is a drop in quality…
[Laughs] Totally. That is scary, absolutely, and it’s why I wanted to have some control on “The Handmaid’s Tale.” But at the same time, I’m a big believer that you can’t be crippled by your last project. You have to be fearless. If you think, “Oh, I did good this last time, so I have to be that good again,” then you would never do anything again, because who can guarantee that will happen?

So you just pick the best material you can, work your ass off and hope for the best.

You mentioned having control. Was becoming a producer on “The Handmaid’s Tale” a condition of your getting involved?
I think it was pretty much understood that if I was going to be the lead of the show, they were going to have to give me some control. As the face of the show, it’s on my head if it doesn’t do well. I have a certain caliber of project that I want to do, and it’s partly my responsibility to make sure that it has that. I think it’s irresponsible otherwise. There was no way I was ever going to do another TV show without being a producer.

How important to you was the political aspect of telling a story about the subjugation of women?
It was the most important thing, honestly. There are things we talk about in this show that have either happened in this country before or are happening in other countries right now. And then the election [of Donald Trump] happened, and everything became much closer to home and much more personal.

Did it surprise you that when the first footage came out, some people on social media blasted it as being an attack on Trump?
Not at all. Margaret Atwood had a great comeback, I think, on Twitter, where she said, “I wrote this in 1985. Goodbye.” But no, I wasn’t surprised at all.

What I think was interesting was, Why did they think it was about them? I mean, it’s about a different world and a different government. But if you’re seeing parallels, then maybe you should take a look at that. In their objections, they revealed themselves, as people sometimes do.

How does that phrase go? “Thou dost protest too much?” They might think about that.

Most episodes were directed by women.
That was very important to all of us in the producer realm. It wasn’t even something that we really discussed. This is a very female show, it has a female protagonist, it’s based on a book written by a woman. Why wouldn’t you want to have as much female voice as possible?

Also, all of us are big believers in trying to get women behind the camera to an equal level with men. It’s your responsibility as a producer to do that. 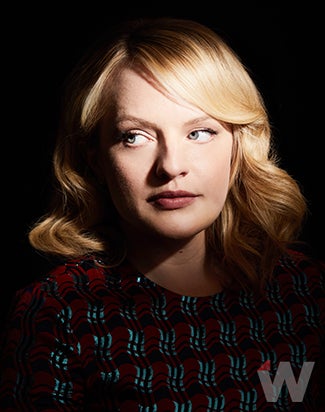 You’re playing a woman who can’t tell other characters what she’s feeling most of the time. Even her narration is calm and measured. Is it tricky to convey that much anger and hurt and pain in so few words?
It’s kind of my job, you know? I hope it’s tricky. It should be tricky. Otherwise it’d be really boring for me. I don’t necessarily think of it in terms of it being a disadvantage, I think of it as giving me something to do.

One of the things that I loved about it was that I knew I was going to have to communicate things through my face and my eyes, and I love that challenge. And it means that everything you say is subversive. Anything you say that isn’t prescribed can be a rebellion. So you can pack a lot into just a few words.

In the last scene of the first season, your character gets into a van and says it could be the end or the beginning. I’m guessing it’s not the end, so can you give us any sense of where Season 2 might be going?
I talked to [show creator] Bruce [Miller] last night, and what I’ve been telling people, honestly, is don’t try to figure out what’s going to happen in the first scene of the second season. You’ll never guess. No matter what your options are, you’ll never get it.

Read more from the Down to the Wire issue of TheWrap’s Emmy Magazine.