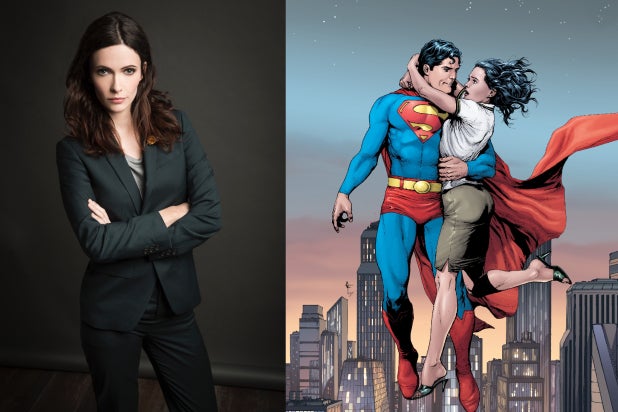 Last month, it was revealed the intrepid Daily Planet reporter would make her debut during the network’s annual event this December.

“We couldn’t be more excited to introduce Lois Lane to the Arrowverse,” said “Supergirl” executive producers Jessica Queller and Robert Rovner in a statement provided to TheWrap at the time. “This dogged, determined and brave reporter will make for a strong partner to Superman and amazing addition to our universe of DC characters.”

The crossover will serve as the introduction of Ruby Rose’s out Batwoman and the return of Tyler Hoechlin, who will reprise his role as Superman for all three episodes of the three-night event, which begins Dec. 9. Hoechlin’s Superman, the cousin of Melissa Benoit’s Supergirl, appeared in a few episodes during “Supergirl’s” second season.

This will be the first time that The CW’s version of The Man of Steel will share the screen with his “Arrowverse” counterparts The Flash and Arrow. And unlike their big screen brethren, we’re pretty sure Hoechlin won’t have to have a mustache CGI’d out.

Tulloch starred on “Grimm” for the NBC drama’s six-season run. Her other TV credits include “Quarterlife,” “Portlandia,” “House M.D.,” and “The West Wing.”

On the silver screen she’s appeared in “Concussion’ opposite Will Smith and Alec Baldwin, “Parkland” opposite Paul Giamatti and Billy Bob Thornton, and the Academy Award-winning silent film, “The Artist” with Jean Dujardin.