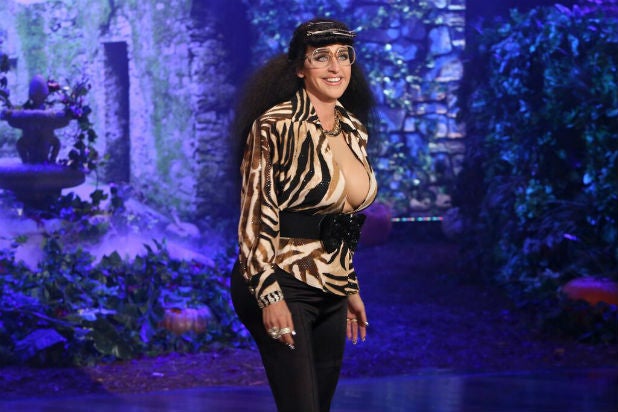 Ellen DeGerenes dressed up as the lesser known Kardashian sister, Karla, for Friday’s Halloween episode of her daytime talk show.

“My name is Karla Kardashian with a K. Because we’re known for our double K’s. These are double K’s too by the way,” DeGeneres said of her ample chest prosthesis.

“I’m a big part of the family. But for some reason, I’ve always been cut out of the show,” she said. “And I understand, because they only have like 12 reality shows that are on TV 80 hours a week, but you know they didn’t have room for me.”

DeGeneres also revealed that she was cropped out of several famous Kardashian family photos, including one of Kim and Kanye West getting married at San Francisco’s AT&T baseball field. Karla was way up in the stands with a foam finger, rooting for her “sister.”