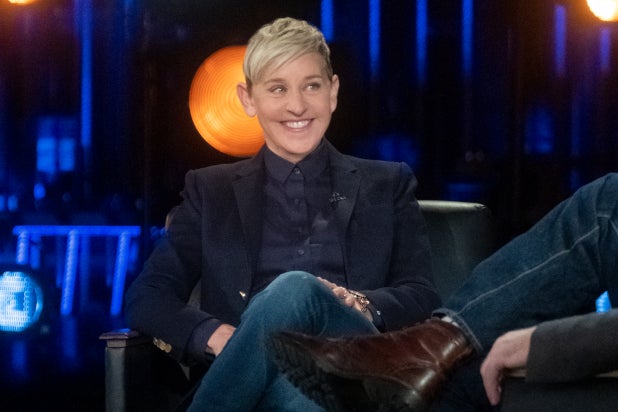 Ellen DeGeneres has shared more details about being sexually assaulted as a teenager on an upcoming episode of David Letterman’s Netflix series, “My Next Guest Needs No Introduction.”

DeGeneres had previously talked about the abuse in a 2005 interview with Allure magazine, according to People, during which she did not name the man but said he was dead.

In her latest interview about it, the 61-year-old daytime host recounted when her mother married “a very bad man” as she described him to Letterman. She continued to say that right after marrying this person, her mother, Betty DeGeneres, was diagnosed with breast cancer. DeGeneres said this man used that knowledge to assault her on multiple occasions.

“He told me when she was out of town that he’d felt a lump in her breast and needed to feel my breasts because he didn’t want to upset her, but he needed to feel mine,” DeGeneres said, noting that she was “15 or 16” at the time and that she was “too weak” to stand up to him. “It’s a really horrible, horrible story and the only reason I’m actually going to go into detail about it is because I want other girls to not ever let someone do that.”

She continued to say that she’s sharing her story in the hopes that it inspires other women to keep coming forward.

“That’s the only reason I think it’s important to talk about it because there’s so many young girls and it doesn’t matter how old you are. When I see people speaking out, especially now, it angers me when victims aren’t believed, because we just don’t make stuff up. And I like men, but there are so many men that get away with so much.”

DeGeneres, who just recently extended her contract to continue her daytime talk show “Ellen” until 2022, is a guest on Letterman’s second season of his Netflix talk show. Other guests include Kanye West, Melinda Gates, Tiffany Haddish and Lewis Hamilton.

“My Next Guest Needs No Introduction” premieres on Friday.