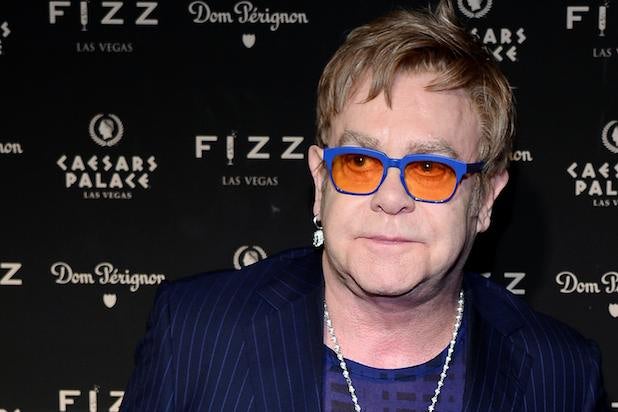 Jesus was all about love, so why wouldn’t he support two men who love each other getting married?

That’s Elton John‘s logic, which he shared with the U.K.’s Sky News on Sunday when talking about global gay rights and Pope Francis, who he called “wonderful” for his tolerance of LGBT people.

“If Jesus Christ was alive today, I cannot see him, as the Christian person that he was and the great person that he was, saying this could not happen,” John said. “He was all about love and compassion and forgiveness and trying to bring people together. And that is what the Church should be about.”

John was specifically talking about gay priests getting married, and said he hopes the Church will abolish its priests’ vow of celibacy, which he called an “old and stupid” tradition.

See video: Gay Teens Are Ripped From Their Homes in the Name of God in ‘Kidnapped for Christ’ Trailer

John is in a civil partnership with filmmaker David Furnish and said he thinks they will get married next year. In the meantime, John plans on fighting for the rights of other gay men and women.

“Globally, we seem to have gone backwards in the last 18 months in certain areas,” John said. “As long as I’m alive, I will fight for people’s rights.”

John also plans a trip to Russia, where LGBT have been beaten under a law passed last year banning “propaganda of nontraditional sexual relations among minors.”

“I am going to Russia in November, and I will try to meet (President Vladimir) Putin and I will try and talk to him,” John said. “I don’t know what good it will do, though, but unless you build a bridge — it’s no good putting up a wall and saying, ‘I’m not talking to these people’ — the only thing that gets solved is by talking to people.”