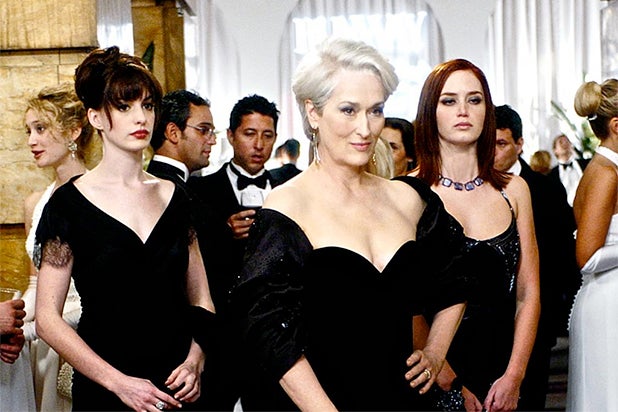 “The Devil Wears Prada” is headed to Broadway.

Sir Elton John and Paul Rudnick are writing the musical based on both the 2006 movie starring Meryl Streep, Anne Hathaway and Emily Blunt, and the original 2003 Lauren Weisberger novel.

“Re-imagining The Devil Wears Prada for the musical theatre is super exciting,” John said in a statement. “I’m a huge fan of both the book and the feature film, and a huge aficionado of the fashion world. I can’t wait to sink my musical teeth into this hunk of popular culture.”

The story follows Andy Sachs, played by Hathaway in the film version, a recent college graduate and aspiring journalist who reluctantly takes a job as the assistant to Miranda Priestly (Streep), the tough-as-nails editor-in-chief of fashion magazine Runway.

The new musical will be produced by Kevin McCollum, Fox Stage Productions and Rocket Entertainment.

A production time-line will be announced at a later date.