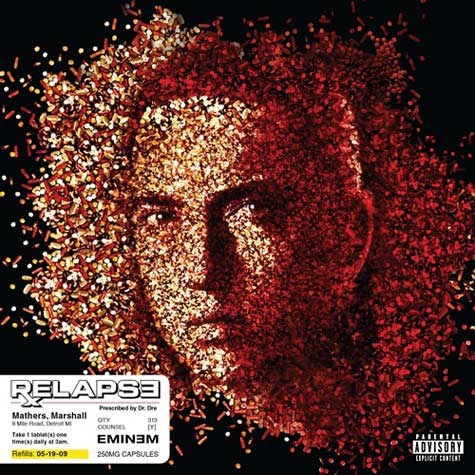 According to his blog, hip-hop artist Eminem will release the album "Relapse: Refill" on Dec. 21 on Aftermath/Interscope Records. That’s instead of the previously promised "Relapse 2."

The album is a re-release of Eminem’s chart-topping fifth studio album, with the addition of seven bonus tracks: The single “Forever” featuring Drake, Kanye West and Lil Wayne (also on the "More Than a Game" soundtrack), “Taking My Ball” (also released with the DJ Hero videogame), and five never-before-heard tracks.

"I want to deliver more material for the fans this year like I originally planned," Eminem said. "Hopefully these tracks on ‘Refill’ will tide the fans over until we put out ‘Relapse 2’ next year."

Eminem has been busy in the studio creating new material, he said on his blog. "I got back in with Dre and then a few more producers, including Just Blaze, and went in a completely different direction, which made me start from scratch. The new tracks started to sound very different than the tracks I originally intended to be on ‘Relapse 2,’ but I still want the other stuff to be heard."

The platinum-selling "Relapse" entered the Billboard Top 200 album chart at No. 1 in May and sold more than 618,000 copies in the U.S. in its first week. It’s also the top-selling hip-hop album of the year to date.