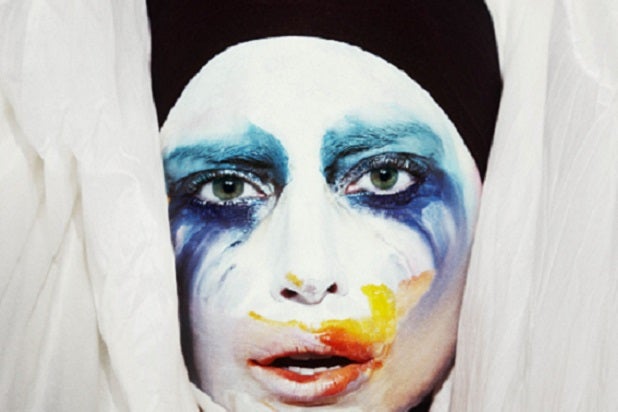 Following a steep Week 2 sales decline for Lady Gaga, Eminem is once again the No. 1 selling artist per Nielsen SoundScan.

“ARTPOP” ( a.k.a. “ARTFLOP”) took an 82 percent dive, after selling just 258,000 units during its debut. While not the worst second week drop ever (Madonna‘s “MDNA” fell historically by 87 percent in 2012), it’s not good — even a “Saturday Night Live” hosting stint and buzzed-about performance at the American Music Awards could not generate strong sales for the app-accompanied album.

During its debut week, Gaga’s prior album, “Born This Way,” sold more than three-and-a-half times “ARTPOP’s” first two weeks combined. That earlier success was partially bolstered by an Amazon promotion. But the real problem with “ARTPOP,” according to some critics, is a lack of marketable singles.

Eminem sold 120,000 copies of his “Marshall Mathers LP II” this week, which marked its third on the charts, according to Billboard. Comparatively, Lady Gaga moved just 46,000 units in its second week. The week’s totals return Eminem to No. 1, where he was two weeks ago, and drops Gaga all the way to No. 8.

As for Eminem, his “MMLP2” album moved enough units in its first two weeks to earn platinum status. And Slim Shady’s latest LP is not hurting for singles: at one point the bleached-blond Detroit resident had four songs in the Top 20, a feat not replicated since The Beatles in 1964. One of those tracks was “Rap God,” a long tune with a lackluster hook that demonstrates the emcee’s variety of flows. “Rap God” just debuted in its music video form, with Eminem portraying 80’s icon Max Headroom, the British TV character turned New Coke pitchman.