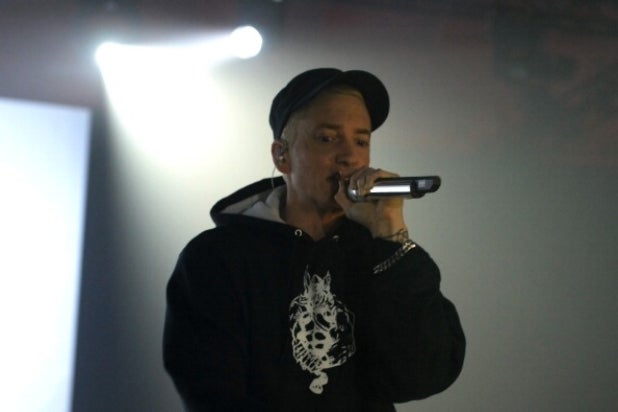 You’ll have to forgive Eminem if he’s “beginning to feel like a ‘Rap God.'”

“The Marshall Mathers LP 2” sold an additional 13,000 copies for the week ending March 16, according to Nielsen SoundScan, pushing it beyond two million total sales. The milestone continues the rapper’s trend of moving more than two million units of each of his albums, per Billboard.

Eminem simultaneously hit another mark that should garner some bragging rights. His total sales across all albums now sits at 44.91 million, overtaking country musician George Strait‘s 44.89 million to become the second-best-selling male artist. However, it is important to note that Strait’s career predates the inception of SoundScan data.

Garth Books is the top selling artist of the era, regardless of gender.