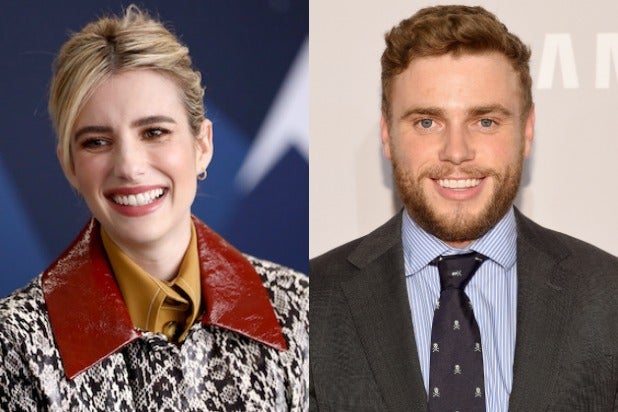 “That special moment when you realize you have an Olympic medal AND will be playing Emma Roberts’ boyfriend on ‘American Horror Story’ Season 9,” the FX anthology series’ creator captioned an Instagram post featuring a shot of the skier.

The news of Roberts’ return for the upcoming installment is the first casting announcement to be made for the currently-untitled ninth season. No plot or character details have been released about the show’s next batch of episodes, so right now all we know is the “AHS” alum is back and she’s got Kenworthy as a beau this time.

This will mark the silver medalist’s first time appearing on “American Horror Story,” but Roberts has previously appeared on “Apocalypse” (Season 8), “Cult” (Season 7), “Freak Show” (Season 4), and “Coven” (Season 3). The actress reprised her “Coven” role of witch Madison Montgomery for the recently wrapped eighth season, which was a crossover between that installment and “Murder House” (Season 1).

Representatives for FX and 20th Century Fox did not immediately respond to TheWrap’s request for comment on Roberts and Kenworthy’s castings, but Murphy’s word is normally gospel when it comes to this show — and everything else he does.

That special moment when you realize you have an Olympic medal AND will be playing Emma Roberts’ boyfriend on “American Horror Story” Season 9.