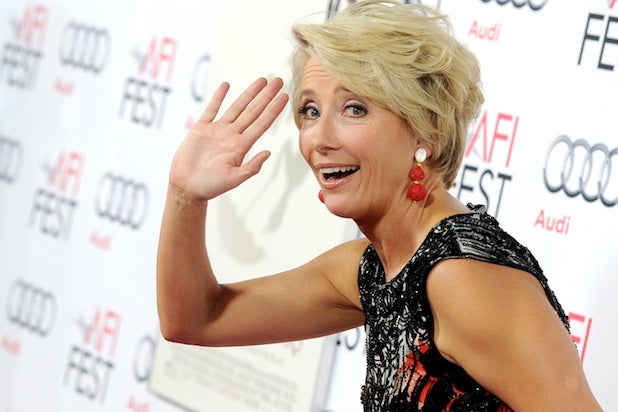 Emma Thompson does not think there has been any progress on ending sexism in the entertainment industry. In fact, she says, “It’s still completely shit actually.”

“I don’t think there’s any appreciable improvement and I think that for women, the question of how they are supposed to look is worse than it was even when I was young,” Thompson told the Radio Times. “So, no, I am not impressed at all.”

“When I was younger, I really did think we were on our way to a better world and when I look at it now, it is in a worse state than I have known it, particularly for women and I find that very disturbing and sad,” she continued.

Also Read: Hilary Swank on How to Overcome Sexism: 'Just Don't Be Afraid'

But Thompson says she is trying to get the conversation moving with younger performers. “So I get behind as many young female performers as I can and actually a lot of the conversations I have with them are about exactly the fact that we are facing and writing about the same things and nothing has changed, and that some forms of sexism and unpleasantness to women have become more entrenched and indeed more prevalent.”

Thompson is just one of several high-profile actresses who have spoken out recently about gender inequality. Maggie Gyllenhaal recently told TheWrap she was considered “too old” at 37 to play the love interest of a 55 year old man.

Likewise, Sandra Bullock recently called out the media for what she characterized as attacks on women. “I feel like it’s become open hunting season in how women are attacked and it’s not because of who we are as people, it’s because of how we look or our age,” she said.