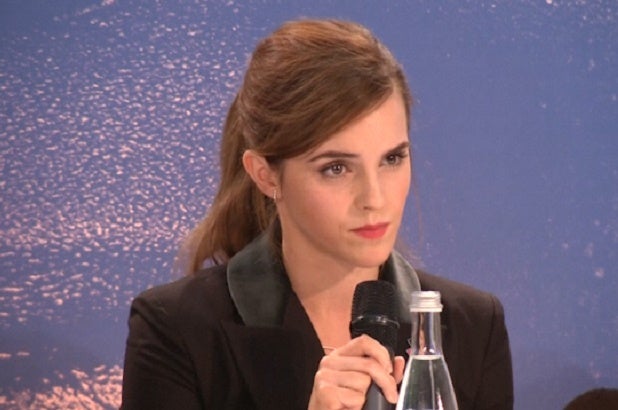 “The minute I stepped up and talked about women’s rights I was immediately threatened,” Watson revealed in a live Facebook Q&A to publicize the HeForShe equality campaign and International Women’s Day in London.

“There was a website set up that was threatening to release naked images of me, with like a countdown and whatever else,” Watson said. “I knew it was a hoax. I knew the pictures didn’t exist.”

Also Read: Emma Watson to Star in Disney’s ‘Beauty and the Beast’ (Exclusive)

Watson was referring the the emmayourenext.com website that threatened to release nude images of her following a September appearance at the UN. The website turned out to be a off-kilter prank set up by Rantic, a “social marketing and PR” agency, according to its website.

As the primary spokeswoman for the HeForShe campaign Watson is trying to encourage as many men as possible to become advocates for gender equality. The idea is simply that in order for gender inequality to disappear, the input of men is needed just as urgently as that of women.

“The minute I stepped up and talked about women’s rights I was immediately threatened,” Watson revealed

Watson recalled trying to do a little grassroots work for the cause and finding it awkward, but worthwhile.


Also Read: Emma Watson Speaks Out for Feminism and Against Man-Hating at UN (Video)

“I actually took a man out for dinner and I chose the restaurant and I offered to pay,” Watson said. “It was really awkward and uncomfortable – I’m just going to say that. It was not going down well!”