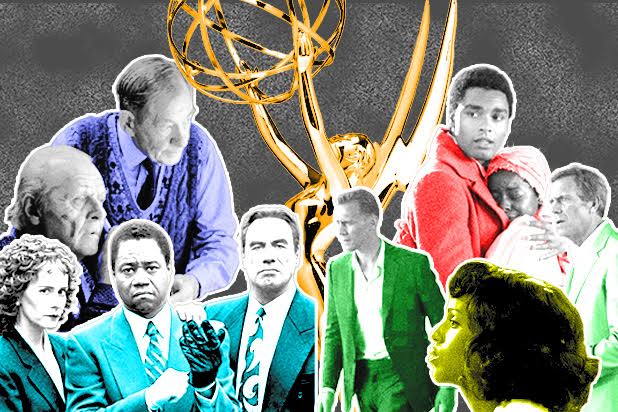 There’s not much question what’s going to dominate the limited series and television movie categories at this year’s Emmy Awards.

“American Crime Story: The People v. O.J. Simpson” was in many ways the sensation of the 2015-2016 television season, and anybody making Emmy predictions knows it will likely be the 800-pound gorilla of this Emmy season, sweeping through most of the movie/miniseries categories and racking up more nominations than any other program of any kind.

But it’s selling the movies and minis categories short to say they’re all about O.J. From “Fargo” to “The Night Manager,” “Roots” to “American Crime,” “Show Me a Hero” to “All the Way,” these are strong, competitive categories.

Note: The Outstanding Limited Series and Outstanding Television Movie categories typically have five nominees each, and the acting categories six each. But in the case of particularly close votes, the Television Academy also has rules that can expand each category by one or two nominees. Our predictions assume that each of these categories will have the usual number of nominees, but it’s likely that a couple of them will end up bigger than that.

This is the third in TheWrap’s series of predictions for the 68th Primetime Emmy Awards.

“O.J. Simpson” is the clear favorite, but the category is so full of heavyweights that it’s a shame it only accommodates five nominees (unless the rule allowing more kicks in). “Fargo” had an acclaimed second season after winning for its first season, so it’s in good shape, while “Roots” has an unmatchable Emmy pedigree.

Director Jay Roach won this award for his political HBO movie “Recount” in 2008, and he won again in the short-lived, combined movies/minis category for his political HBO movie “Game Change” in 2012. So it figures that he’s in good shape with “All the Way,” his adaptation of the Broadway drama about President Lyndon B. Johnson’s fight to pass the Civil Rights Act in the wake of the Kennedy assassination.

HBO’s drama about the Clarence Thomas hearing, “Confirmation,” is also a strong candidate, while voters have typically responded well to the BBC’s “Sherlock” dramas. We’re guessing that the tony BBC adaptation of “The Dresser,” which aired on Starz in the U.S., will have enough clout to claim a spot, and another British production, “Luther,” will edge out the thoroughly weird “A Very Murray Christmas” for the fifth slot.

Also Read: Emmy Contender Jay Roach on How His 1964 Civil Rights Drama 'All the Way' Is 'About Now'

This category is Part 1 in the question “How much will voters love ‘The People v. O.J. Simpson’?” Vance is a sure thing for his powerful performance as defense lawyer Johnnie Cochran — but what about O.J. himself, played by Cuba Gooding Jr.? It’s not really a lead performance, and Gooding was not as acclaimed as Vance and others, but he might well sweep in regardless.

Still, the competition is formidable. Voters won’t ignore Cranston, and we have a sneaking feeling that they’ll be quite taken by a trio of Brits: Hiddleston, Hopkins and Cumberbatch. That leaves only one spot for Gooding, Oscar Isaac, Idris Elba (“Luther”) or Patrick Wilson (“Fargo”), which is three spots too few. We’re going with Isaac, but this category is a killer.

It’s always about Marcia, isn’t it? Dunst, Washington and Huffman have delicious roles and make the most of them, but Paulson’s Marcia Clark has just about sucked all the air out of this race.

Still, there are plenty of other contenders, from McDonald as Billie Holiday to Blythe Danner as Mrs. Bernie Madoff to Julianne Hough in “Grease Live” to Riley Keough in “The Girlfriend Experience” to Lady Gaga in “American Horror Story: Hotel.” We’ll pick McDonald and Gaga to earn the honor of losing to Paulson in September.

Here’s Part 2 in “How much do they love ‘O.J.’?” John Travolta was the one member of the cast who actually picked up negative reviews, and his mannered performance as Robert Shapiro was wildly divisive. Plemons, Laurie, Mackie, Whitaker and Travolta’s castmate Sterling K. Brown all seem to be likelier nominees, but we think Travolta will have enough Academy supporters to sneak in, too.

(This category had one of the biggest surprises of last year’s nominations when “American Crime” co-star Richard Cabral snuck in, and the second season of that limited series could pull a similar stunner this year with young actor Connor Jessup – but that’s a real longshot, to be sure.)

Paulson should have a shot at an Emmy twofer here, landing her fourth “AHS” nomination in this category. Smart, King and Leo are strong competitors, Colman holds her own with Tom Hiddleston and Hugh Laurie in “The Night Manager,” and Keener kills in “Show Me a Hero.”

That leaves out Kathy Bates and Angela Bassett in “AHS,” Charlotte Rampling in “London Spy,” Emayatzy Corinealdi, Anna Paquin and Anika Noni Rose in “Roots” and a bevy of live musical performers (Uzo Aduba and Mary J. Blige in “The Wiz,” Vanessa Hudgens in “Grease” …), but there’s only so much room.