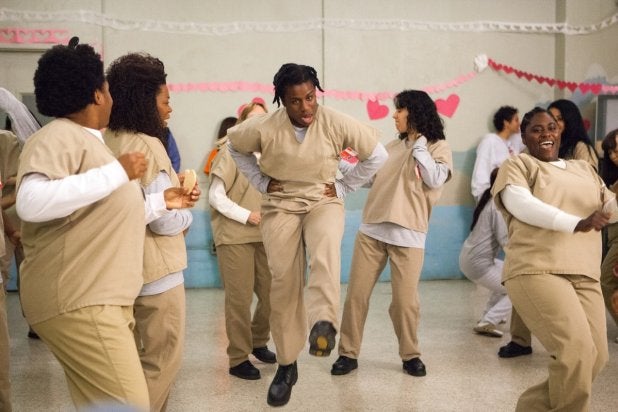 The Television Academy tweaks the Emmy rules annually, but this year’s changes are bigger and bolder than usual. The organization split the variety series category in half, expanded the drama and comedy series nominees from six to seven, tightened the definition of a miniseries and declared that half-hour shows are de facto comedies and hour-long ones are dramas. Here a scorecard of who won and who lost:

WINNERS: TV actors who don’t want to compete with movie stars
One of the big complaints last year was that it wasn’t fair for continuing series, which sign their actors to long-term deals, to compete against shows like “True Detective,” which can lure stars like Matthew McConaughey with the promise of a limited number of episodes. But shows like “True D” will now have to compete in the renamed Outstanding Limited Series (formerly miniseries) category. Then again, McConaughey lost to Bryan Cranston and “True D” lost to “Breaking Bad,” so maybe movie stardom wasn’t much of an advantage.

LOSER: The “Created by” credit
“True Detective” automatically qualified as a drama series last year due to the “created by” credit, which ruled out miniseries classification unless a show producer appealed. But the Writers Guild credit is now officially meaning – less in the eyes of the TV Academy.

“Were ‘TD’ to enter a similarly formatted series in 2016,” TV Academy senior vice president of awards John Leverence told TheWrap, “the new rules would categorize it as a limited series.”

WINNERS: One drama series and one comedy series
For starters, expanding the drama and comedy series categories from six to seven nominees will open the door for two shows that would have been squeezed out otherwise. (“The Good Wife,” “Boardwalk Empire,” “Homeland” and “Parks and Recreation” all missed the cut in recent years, as did new shows “Brooklyn Nine-Nine” and “Masters of Sex.”)

POTENTIAL WINNERS: Even more shows and more actors
The Academy also expanded the “two percent rule,” which enables potential nominees to secure a slot on the ballot if the vote was close enough. Previously, the rule allowed for five-nominee categories to expand to six if the gap between fifth and sixth-place finishers was less than two percent; this year, the rule will come into play in the already larger drama and comedy series categories, as well as acting categories. The change could potentially lead to as many as nine series nominees and eight acting nominees. Based on previous voting, category expansions seem likely: Last year, for instance, 18 of the five-nominee categories that were slated to have five nominees ended up with six.

LOSERS: Funny 60-minute programs and serious 30-minute ones
The default classification is now that an hour-long show is a drama and a half-hour show is a comedy. Shows are automatically classified based on their length — only overturned by a two-thirds vote of the nine anonymous members of a new board-selected Industry Panel.

LOSER: “Orange Is the New Black”
It won the comedy award at the Critics’ Choice Television Awards and the Producers Guild Awards and was nominated for a dozen comedy Emmys last year, but now the show is up against the likes of “Mad Men,” “Game of Thrones,” “Downton Abbey” and “House of Cards” in the drama series categories, which are unquestionably more competitive.

WINNER: The Golden Globes
The Hollywood Foreign Press called “OITNB” a drama back when the TV Academy was still letting it get away with calling itself a comedy.

LOSER: The Golden Globes
But the HFPA buckled a year later and shifted the show to the comedy categories. Now, what do they do?

LOSERS: The workload of nine TV Academy members
The new genre-by-length classification opened the door to more appeals than usual, all of which were heard by the Industry Panel. “Orange Is the New Black” lost its appeal, while “Shameless,” “Jane the Virgin” and “Glee” won theirs.

WINNER: “Saturday Night Live”
It’s already the winningest show in Emmy history, but “SNL’s” chances of adding to its record haul of 45 trophies got better when the Academy split the Variety Series category into separate Variety Talk and Variety Sketch categories. Though “SNL” has been nominated repeatedly in the category, it hasn’t won since 1993 — and in the 21 Emmy races since then, a talk show has won 20 times. Moving those shows into a separate category should give SNL a leg up, though it’ll have to contend with hot newcomers like “Key & Peele” and “Inside Amy Schumer.”

LOSER: Category fraud
The changes aren’t perfect, but on the whole the Academy seems to have taken steps to limit the ability of shows to wriggle into categories where they probably don’t belong. So if it really does manage to limit category fraud, there will be an even bigger winner: the Emmys themselves.