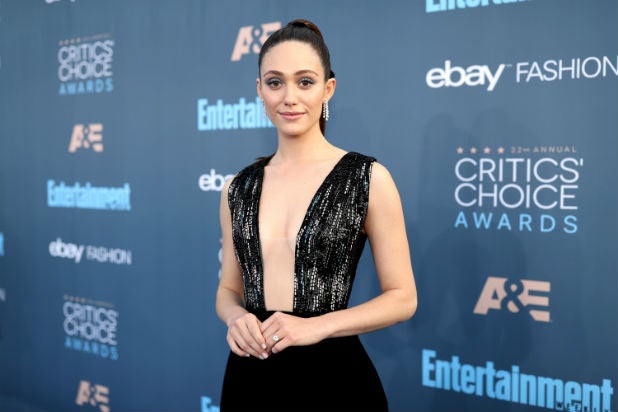 Emmy Rossum confirmed on Wednesday that she will return to the Showtime series “Shameless” after demanding to be paid the same as co-star William H. Macy.

“Playing Fiona Gallagher has been one of the great privileges of my life,” Rossum tweeted. “I’m so happy to continue w my SHAMELESS family! Back to work in May!”

Rossum’s pay dispute was said to be holding up a potential Season 8 renewal for the show. Showtime has yet to formally announce the renewal.

When caught on camera in Los Angeles, Macy told TMZ that it’s “’bout f—ing time” women make the same money as men. He even offered the paparazzi a pretty good history lesson about the Equal Rights Amendment.

“The only thing I’ve got over Emmy Rossum is I’m better looking,” Macy quipped to end the interview. Macy has been Emmy-nominated as Frank Gallagher each of the last three years. Rossum has not.