For anyone who was looking to watch some free HBO, Andy Samberg‘s HBONow login and password became readily during Sunday’s Emmy Awards.

Host Samberg gave a shoutout to audience members who weren’t able to watch the record number of HBO shows nominated this year because they might not have  an account for the premium cable channel’s streaming service.

“Luckily for you, the CEO of HBO recently said he doesn’t think password sharing for their streaming services is a problem,” Samberg said. “So here’s my HBO Now login!”

“The user name is KhaleesiFan3@emmyhost.com,”added Samberg. “The password is of course password1 — got to have a number in there to throw them off the scent.”

TheWrap checked out the account and what do you know…. it actually worked!

It was fun while it lasted. Users could check out the profile, which was registered to the username “ANDy getoffmyhbopls.”

Here’s a screenshot of what you may have missed. 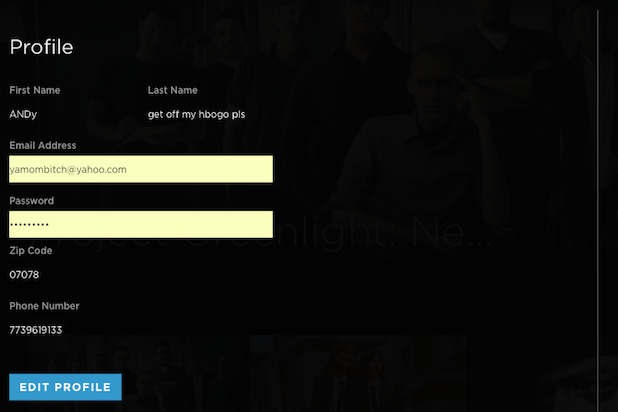 We have a sneaking suspicion HBO must have been in on the joke, as they’re already using Samberg’s bit to promote the streaming service.

If Andy's login isn't working for you: Start your own @HBONOW account, free for 30 days: http://t.co/ZlUCN0f2Zc pic.twitter.com/x8UWfp8Kn3