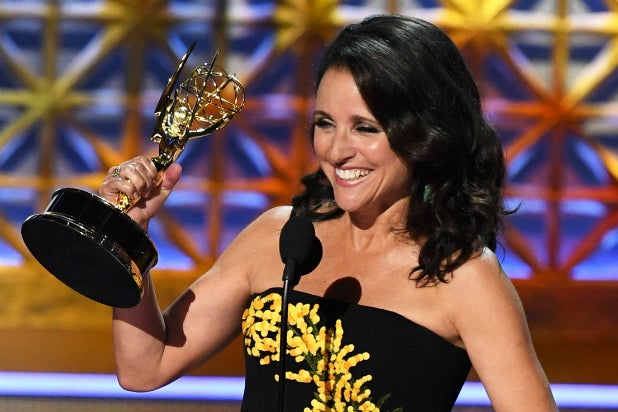 Earlier today, it looked like the 2017 Emmy Awards were on pace to break the record that nobody wants — the one for fewest overall eyeballs. CBS’ awards show was down 2.4 percent in metered market ratings from the prior year, but it adjusted up in terms of the annual comparison.

Stephen Colbert hosted Sunday’s broadcast of the 69th Emmys. In 2016, Jimmy Kimmel had the honors over on ABC.

Sunday belonged to drama newcomer “The Handmaid’s Tale” and comedy staple “Veep,” which took the night’s top awards in their respective genres. See the entire list of winners here.