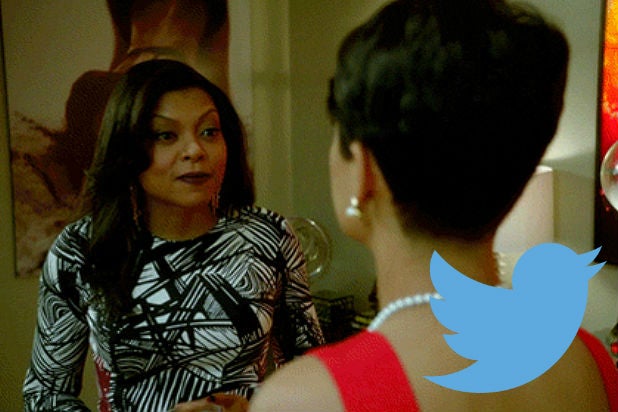 “Empire” racked up a whopping 112 million impressions on Twitter during its two-hour season finale Wednesday night, according to Nielsen data.

The spike in impressions came from roughly 2.4 million tweets about the hit Fox hip-hopera, sent from 497 thousand unique authors. The overall impressions figure includes the number of times any tweets ascribed to a TV episode were seen.

Including a broader group of keywords and hashtags beyond the official #EmpireFox hashtag, Twitter statistics on interactive mapping tool Reverb show an average of 16 thousand tweets per minute during Wednesday’s finale, double the frequency of the previous episode.

The social site blew up at certain key moments during the explosive “Empire” finale, as Twitter’s minute-by-minute breakdown shows (warning: SPOILERS AHEAD).

112M views of 2.4M Tweets for the @EmpireFOX finale, according to @NielsenSocial. Here’s how it looked min by min: pic.twitter.com/RRzIumNHV9