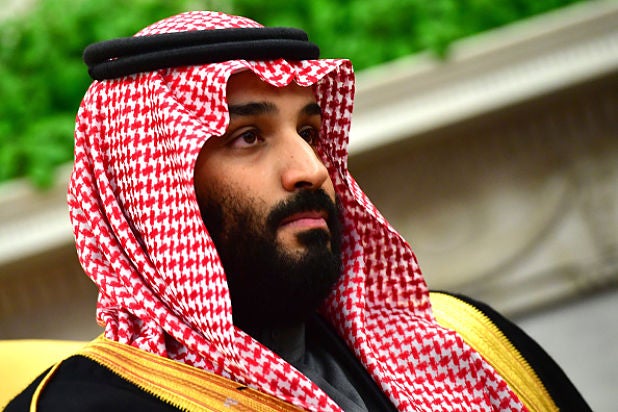 WME parent company Endeavor is preparing to withdraw from its $400 million deal with the Saudi Arabian government.

An individual with knowledge of the situation told TheWrap the company is in the process of pulling out of its deal, though the logistics have not been resolved.

Endeavor CEO Ari Emanuel said on Monday that he was “personally really concerned” about the situation in Saudi Arabia in which dissident journalist Jamal Khashoggi had gone missing on Oct. 2 after entering a Turkish embassy and is presumed dead.

Last week, a person with knowledge of the situation and Endeavor’s involvement, told TheWrap that the company was “assessing” its relation to the Saudi government.

Earlier this year, The Public Investment Fund — the kingdom’s major sovereign wealth vehicle — struck a deal with Endeavor to buy a stake of less than 10 percent in the talent and media company for at least $400 million.

Khashoggi ‘s disappearance has cast a shadow on the deal and could put the agency’s clients in an awkward position. WME boasts many of TV and print journalism’s highest-profile names, including Ronan Farrow, Soledad O’Brien and Lawrence O’Donnell.

Khashoggi, a U.S. resident and Washington Post columnist, has been a prominent Saudi journalist and has been a critic of the crown prince Mohammed bin Salman. Since his disappearance top Turkish security officials have determined that he was assassinated on orders from the highest levels of the royal court. The Saudi government maintains that he left the consulate soon after he arrived and is not in their custody.

News of his disappearance and possible murder prompted a growing number of media companies and executives to drop out of the the Future Investment Initiative, which will be held Oct. 23-25 in Riyadh. That includes Viacom CEO Bob Bakish, New York Times columnist and CNBC anchor Andrew Ross Sorkin, The Economist editor-in-chief Zanny Minton Beddoes, and Los Angeles Times owner Patrick Soon-Shiong. Similarly, The New York Times announced it would no longer be a media partner of the event.

The Hollywood Reporter first reported that Endeavor is exiting its Saudi Arabia deal.

Itay Hod contributed to this report.