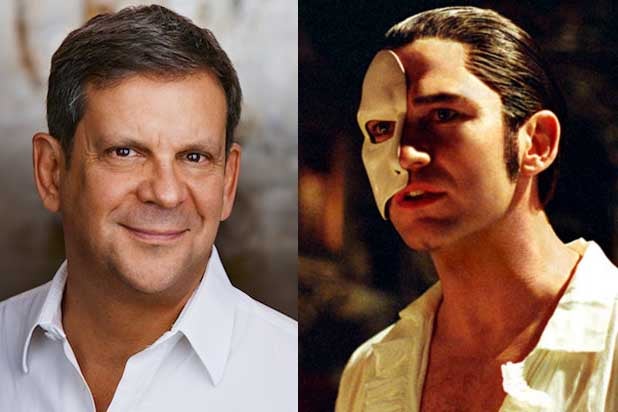 There certainly appears to be no shortage of phantoms heading to the opera these days.

Fresh off of news that former “Desperate Housewives” honcho Marc Cherry is developing a “Phantom of the Opera” adaptation for ABC, Endemol Studios announced Tuesday that it is developing its own adaptation of the classic musical.

Endemol’s take on the tale will be based on Gaston Leroux’s novel, which inspired Andrew Lloyd Webber‘s blockbuster musical, and directed by Jean-Pierre Jeunet (“Amelie”), with “24” vet Tony Krantz (pictured above) writing the project.

Endemol’s reimagining of the classic story is described as “a drama brimming with tortured love affairs, sex, murder and mystery among the international jet set at the dawn of the Jazz Age.”

It’s set in 1919 against the backdrop of the Paris Peace Conference, and follows a British World War I fighter pilot — with burns covering half of his body —  who finds himself at the center of a string of murders that threatens to embroil the city’s gathered world leaders.

Instead of an opera house, the “Opera” will be the hottest nightclub in Paris, where an American Josephine Baker-esque headliner finds herself in the crosshairs of the serial killer.

“Jean-Pierre Jeunet is a brilliant director and his films are true masterpieces,” Krantz said. “The opportunity to write and produce a story of love, murder and intrigue at the dawn of the New World, interpreted through the eyes of such a master is quite simply, anyone’s dream come true.”