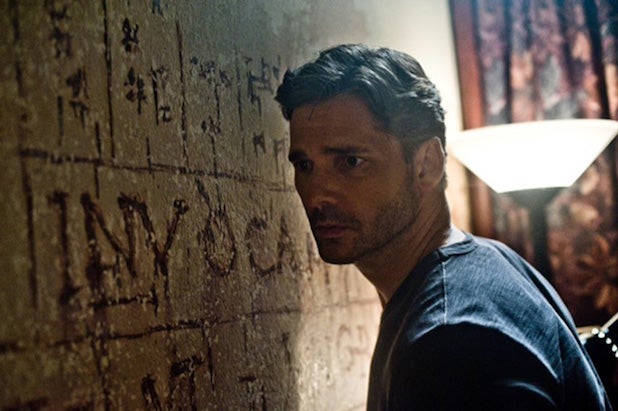 Screen Gems has high hopes for the movie, which was produced by Jerry Bruckheimer and in true Bruckheimer-fashion, will be released in advance of the 4th of July holiday on July 2.

Bana plays an NYPD detective who teams up with an unorthodox priest to investigate some supernatural occurrences.

Derrickson is best known for directing the hit horror movies “Sinister” and “The Exorcism of Emily Rose.” He also co-wrote the script with Paul Harris Boardman.

To check out a very creepy exorcism and some disturbing imagery, watch the trailer below: