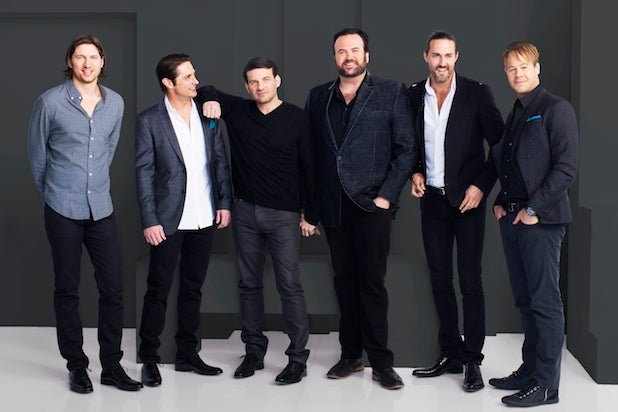 Has Esquire Network found its own twist on Bravo’s “Real Housewives” franchise?

The young network has ordered 10 episodes of the reality series, “Lucky Bastards,” from True Entertainment — the prolific producers behind Bravo’s “Real Housewives of Atlanta” and its spinoffs “I Dream of NeNe,” “Don’t Be Tardy” and “The Kandi Factory,” among many other shows.

The cast includes entrepreneurs, wealthy heirs and even a Royal – the star of ABC’s ninth season of “The Bachelor,” Lorenzo Borghese.

Read Esquire’s descriptions for the castmembers below:

Rocco Cafferelli – The son of a women’s fashion tycoon, Rocco has confidence and a big personality, but has never had a career. Hoping to start a premium denim line, he chats up beautiful girls as “market research.”

Adam Campbell – Just back from living in L.A., Adam says he’s looking to settle down – but not until he samples every possible female option New York has to offer.

Craig Clemens – Craig’s a financially successful cosmetics executive who’s also a first-degree black belt and occasional break dancer. He and Adam have been buds forever, affectionately (perhaps nauseatingly?) calling each other “Oldie,” as in “old friend.”

Charles Ferri – After leaving a career in banking to start a vodka brand, Charles will do anything to make it a success. As the only guy in the group with a serious girlfriend, he sometimes finds himself living vicariously through his friends – and every now and then, stepping in as their conscience.

Scott Mitchell – An independent wealth manager, Scott always has several deals going on at a time – and even more women surrounding him. So many, in fact, that his friends have taken to calling these women his “Scottourage.”

“Lucky Bastards” is the 14th original series from Esquire Network since it replaced Style Network five months ago with its male-centric programming.

In January, Esquire announced that it had renewed five of its original series for second seasons and had four projects in development — including deals with Randi Zuckerberg and World of Wonder. Esquire also greenlit a new series from Joel Silver, called “Friends Call Me Johnny.”

Watch a preview of “Lucky Bastards” below.