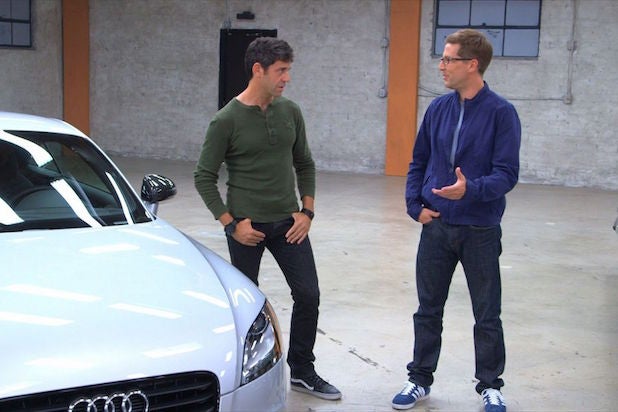 At Thursday’s Television Critics Association Winter Press Tour, the cable channel also said that Season 7 of “American Ninja Warrior” will run in the second quarter of 2015.

“Car Matchmaker” will get an 18-episode second season, also premiering in second quarter 2015. In each half-hour episode, host Spike Feresten meets buyers in need of a car and draws upon his knowledge and instinct to find the perfect choice for them. The series is produced by Ellen Rakieten Entertainment, a division of Relativity Television.

“Boundless” will enter production on its third season next month, getting 10 episodes. The show follows four elite athletes — two being new to the series — who push the boundaries of human endurance by taking on some of the most challenging races in the world. From HLP and Partners, Season 3 will premiere in fourth quarter 2015.

These renewals follow the previously announced Season 3 pickups for “Knife Fight” and “Brew Dogs,” both slated to return in Q2 2015.

To date, the new-ish Esquire Network has premiered 21 original programs and specials. The channel said that in Q2 2014 vs. Q2 2013 — its first measurable year-over-year quarter — the network increased its audience by 31 percent in the advertiser-sought 18-49 demographic, and 21 percent in total viewers.