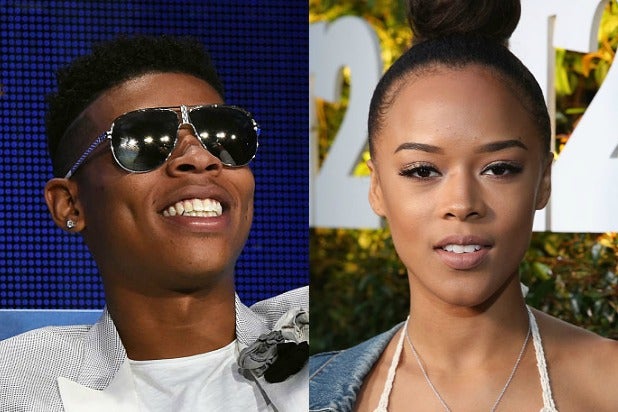 Yazz, left, and Serayah are "Empire" stars who will attend the 2016 Essence Festival

The Essence Festival has become a hot ticket for Hollywood studios and networks.

The festival, which launches its 22nd edition on Thursday in New Orleans, aims to celebrate black culture and music. But now entertainment giants like Warner Bros., Fox, WGN and Starz are showing up, looking to boost audiences for series such as “Underground” and “The Real.”

Fox will be bringing cast members from “Empire” (including Yazz, pictured left, and Serayah), “Rosewood,” and “Scream Queens,” saying it will give fans an opportunity to “get up close and personal” with the actors.

“Producing a live version of ‘The Real’ at the Essence Festival offers a new opportunity to enlighten, inspire and literally meet our fans that have supported us along the way,” Lisa Gregorian, President and Chief Marketing Officer, Warner Bros. Television Group, told TheWrap. “Adding a show like ‘Queen Sugar’ — which is filmed in New Orleans and is executive produced by Ava DuVernay, whose body of work strives to shine a light on stories untold — was, of course, a natural fit for us, and we’re happy to present it at one of the summer’s biggest festivals.”

The cast WGN’s “Underground,” a drama about the antebellum Underground Railroad that helped slaves escape to freedom, will also be at the festival to discuss the show. Actors from Starz’s “Power” and “Survivor’s Remorse” are expected to make appearances at Saturday’s Official Day Party.

With scripted TV series showcasing more racially diverse characters, it’s not surprising that networks are grabbing an opportunity to promote their wares to an available audience, yielding much the same kind of opportunity that Comic-Con in San Diego has long given makers of superhero movies and shows.

Kendrick Lamar, Mariah Carey, Jeremih and Kehlani are just a few of the musical acts on the bill. For nostalgia buffs, there will be ’90s wonders like New Edition, Tyrese and New Edition.

The Essence fest was originally supposed to be a one-time celebration of the 25th anniversary for the 46-year-old magazine of the same name, which is aimed at black women and published by Time Inc. But it eventually became an annual fixture. It has been held in New Orleans every year except for 2006, when the city was still reeling from Hurricane Katrina.

The Essence Festival kicks off its three-day event on Thursday, June 30.