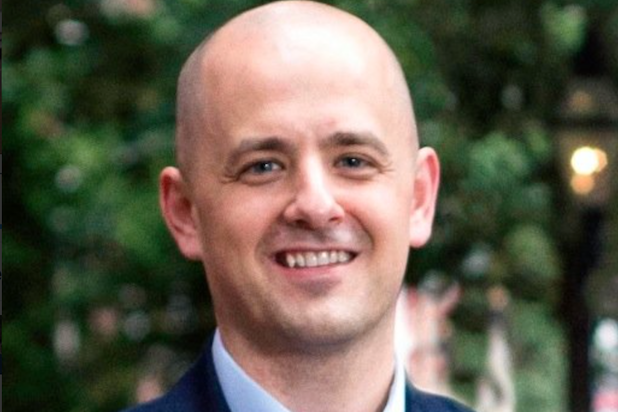 Former CIA agent Evan McMullin is preparing to launch an independent presidential run in an effort to stop Donald Trump.

“In a year where Americans have lost faith in the candidates of both major parties, it’s time for a generation of new leadership to step up,” McMullin said in a statement to ABC News. “It’s never too late to do the right thing, and America deserves much better than either Donald Trump or Hillary Clinton can offer us. I humbly offer myself as a leader who can give millions of disaffected Americans a conservative choice for President.”

Prominent members of the Republican anti-Trump movement are involved with McMullin’s potential campaign, according to BuzzFeed. The potential Independent candidate only has 4,124 followers on his unverified Twitter account.

McMullin, who has attacked Trump on social media, has never held elected office and spent the majority of his career in the CIA, according to the site. He is unmarried and is currently the chief policy director of the House Republican conference.

“As Donald Trump continues attacking Muslims and as a former CIA officer, I’d like all Americans to know the truth: American and other Muslims have played a central role in virtually every counterterrorism win we’ve had since 9/11. They are an indispensable asset in this fight. Attacking them as a group makes America weaker, not stronger,” McMullin wrote on Facebook recently.

MSNBC’s Joe Scarborough has tweeted that “multiple sources” tell him that McMullin will run.

McMullin is a Wharton graduate and also spent time at Goldman Sachs. BuzzFeed said that he could file the paperwork as early as Monday afternoon. Trump had a rough few days last week and 70 percent of key Republican insiders want Donald Trump to drop out of the presidential race, according to Politico.

The news comes after a stretch in which the GOP nominee attacked Khizr and Ghazala Khan, the parents of fallen Muslim-American Iraq War hero Humayun Khan, who appeared at the Democratic Convention to criticize the GOP nominee’s proposed ban on Muslims entering the U.S. Shortly after, nude photos of Trump’s wife, Melania, leaked online, and he was also ripped for kicking a crying baby out of a campaign rally.

Also Read: Donald Trump Does a 180 to Endorse Paul Ryan

In addition, Trump refused to endorse Republican House Speaker Paul Ryan for re-election, but then did endorse him, and said he always wanted to receive a Purple Heart but felt it was “much easier” to be given one by a supporter than to be wounded in battle.

Check out some of McMullin’s anti-Trump tweets.

Authoritarians like @realDonaldTrump use promises of law & order to justify infringing on civil rights as they consolidate control by force.

Americans deserve to see @realDonaldTrump's tax returns immediately. If he won't be transparent on this, how could we trust his presidency?

Opposing @realDonaldTrump is about putting principle over power, a virtue some in Washington are too quick to abandon. #NeverTrump