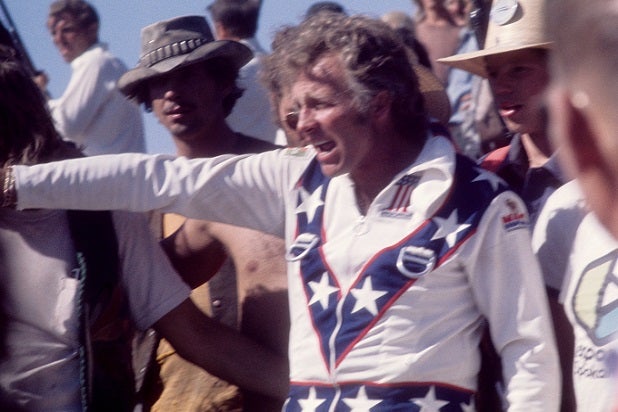 On Friday, a group of companies will embark on an endeavor that, while not quite so perilous, is bound to create its own hair-raising moments and high-stakes situations.

With the 40th anniversary of the failed jump approaching, the Idaho Department of Lands is holding an auction  for the rights to the land where the jump occurred, and the auction is drawing eager bidders, a number of whom hope to use the land to stage a televised event commemorating the anniversary. 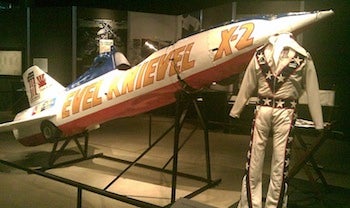 For the companies involved, the stakes are already considerable — and the winning bidder could confront a scramble to get the project together.

Brad Kuhlman, owner of production company Ping Pong Productions — one of the bidders in the auction — told TheWrap that the price of participating in the auction alone is $25,000 — and with multiple parties interested, the rights could conceivably reach into the seven figures. A hefty sum — and one that the companies could find themselves scrambling to come up with, due to time constraints.

Whoever wins the bid will have a seven-day grace period to come up with the cash and pay up — not a lot of time, particularly if the bidding reaches a certain level.

For the companies hoping to mine the property for a TV special, that will leave a week to find a network that’s interest enough to finance the bid.

Kuhlman, whose Ping Pong Productions’ credits include “Finding Bigfoot” and “Destination Truth,” has enlisted aerial stuntman Troy Hartman to pilot the rocket should it win the rights and find an interested network.

Another bidder, Chicago-based REO Development Group, has enlisted Miles Daisher, a B.A.S.E. jumper who resides in Twin Falls, to make the jump on a motorcyle during what the company hopes will be a worldwide television event in September 2014.

The quintet of bidders is rounded out by Omega Point Productions (whose partners include Scott Truax, whose father built Knievel’s Skycycle); Adrenaline Nation Inc.; and Texas-based Beckley Media LLC, the Idaho Press-Tribune reports.

Another obstacle: While rights to the landing site are controlled by the state, the launch site is handled by the city of Twin Falls. Kuhlman told TheWrap that the city “will approach it differently,” and will likely put the kibosh on the deal if it feels the winning bidder isn’t equipped to stage the jump. Meaning it”s conceivable that the winning bidder could still lose the rights — after ponying up $25,000 to bid.

“I suspect everybody’s going to be scrambling a little bit,” REO representative Hud Englehart told TheWrap, adding that they have a contingency plan to speak to other parties — such as sponsors and other entities — to make up any shortfall.

Kuhlman, a self-professed childhood fan of Knievel’s, told TheWrap that he’s “prepared to go as high as it takes to win the auction,” and that interest from networks will become clearer “once the dust settles in the auction.” But for Kuhlman, the process is as much a passion project as a business prospect.

“I don’t want to see [the jump] attempted; I wan to see it completed,” Kuhlman said. “I want to see it done right — I think it would be the moment of moments.”

And if he should win the bid, only to ultimately lose out on the project for lack of funds or financer? “It’s a dicey proposition, but it’s one that’s impossible to walk away from.”

Check out this YouTube video of Knievel’s original jump here: