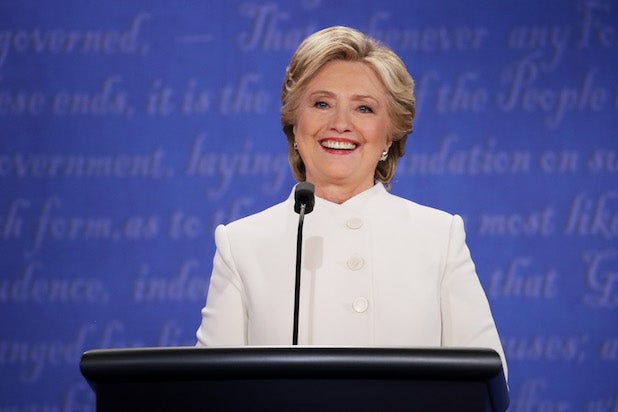 Moderator Chris Wallace appeared to find humor in Hillary Clinton saying that Donald Trump is the most dangerous modern presidential candidate and his slight chuckle was caught by voters on social media during Wednesday’s final presidential debate.

The candidates were discussing Bernie Sanders when Clinton said the senator from Vermont thinks that Trump is “the most dangerous person” to run for president in the modern history of America.

“I think he’s right,” Clinton said, which prompted a laugh from Wallace, who made history as the first general election debate moderator from Fox News Channel.

This is harsh, and Chris Wallace's laugh at the end is something else https://t.co/od8OLya3XG pic.twitter.com/czUS3puirc

Earlier in the night, Wallace was forced to quiet the crowd when they laughed at Trump saying he respects women.

Watch: Chris Wallace had to shush the crowd after they laughed when Trump said "nobody has more respect for women than I do." pic.twitter.com/bkathsU3Lu

LOOOOL DID CHRIS WALLACE JUST LAUGH ALONG WITH HILLARY