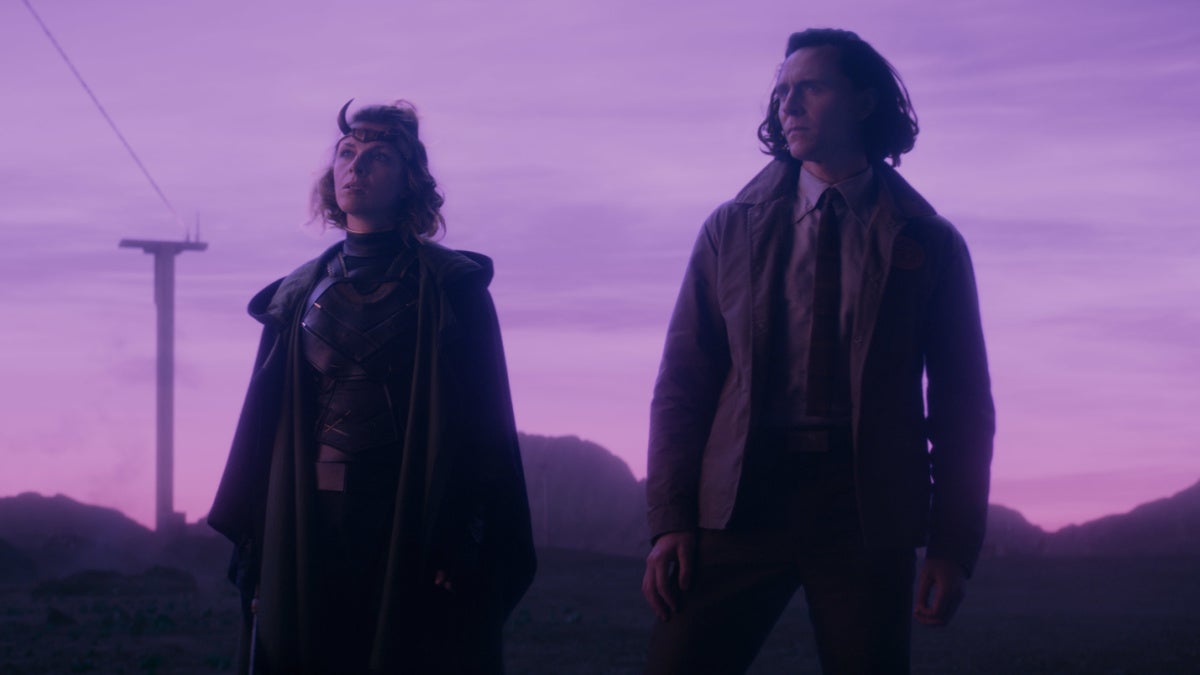 Marvel Studios’ first series of 2022 is fast approaching. But before “Moon Knight” makes us question our reality at the end of March, we thought we’d go back through the inaugural slate of Marvel Studios series and separate from the marvelous from the skippable. Along the way, we’ll be stopping in at Westview, Madripoor, the TVA, and have matinee tickets to “Rogers! The Musical.”

At one point, Marvel was explaining that the TV shows are meant to be key texts, important enough that if you hadn’t watched them, some of the movies might seem fuzzy. That hasn’t happened yet; you can watch the movies without seeing the series and be just fine. At this point, the Marvel Studios television series are still mere narrative detours. But what detours they are! 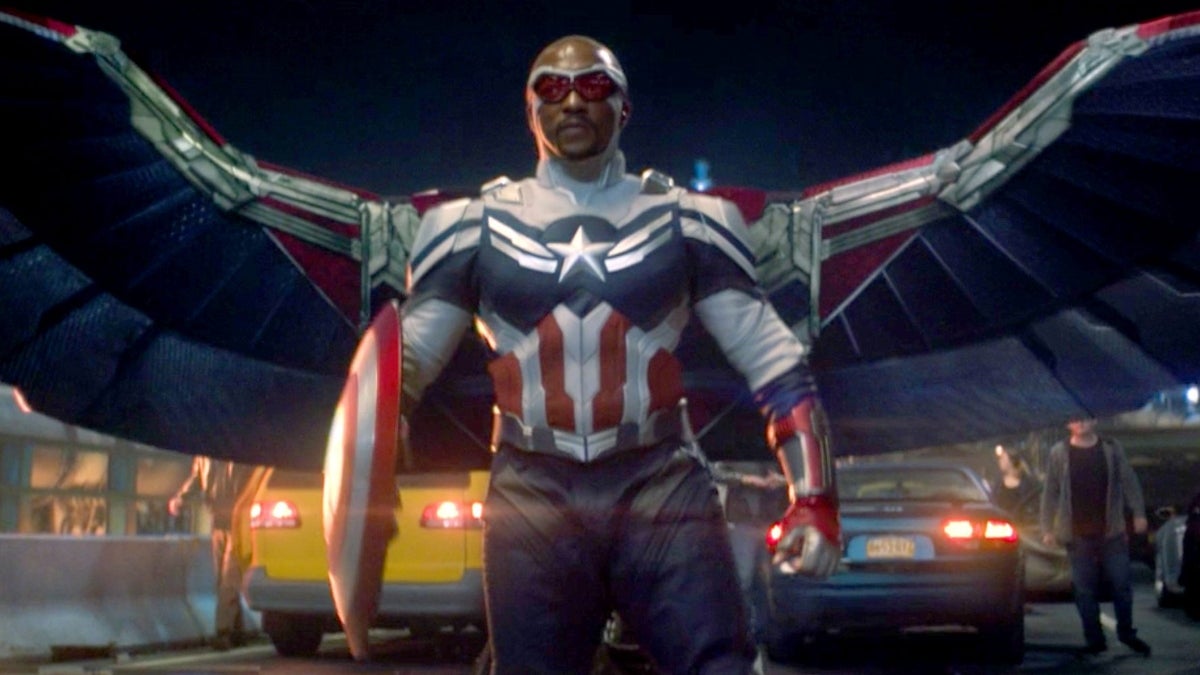 6. The Falcon and the Winter Soldier

This should have been a slam dunk. “The Falcon and the Winter Soldier” started out promisingly enough, as it combined high octane action set pieces (like an aerial combat sequence in the first episode) with slice-of-life stuff like Sam Wilson (Anthony Mackie) struggling to get a small business loan or Bucky Barnes (Sebastian Stan) struggling with his past misdeeds. But things quickly devolved, first by introducing a lame find-the-WMD narrative, and then by introducing and then quickly discarding a number of exciting potential complications (Wyatt Russell’s bloodthirsty Captain America wannabe U.S. Agent; the reappearance of the Dora Milaje outside Wakanda). There were reports that the pandemic had led to a compromised vision (a section set in South America had to be scrapped and replaced with anonymous crumbly Eastern Europe and a subplot about a bio-weapon was awkwardly deleted altogether), but it’s unclear even if it was executed as designed it wouldn’t still have been disappointing. (How sad that Daniel Brühl still hasn’t gotten to let loose as Zemo?)

By the end of the series, Sam Wilson has rightfully assumed the Captain America title, after Steve Rogers gave it to him at the end of “Avengers: Endgame,” complete with a sleek new suit. Took him long enough. 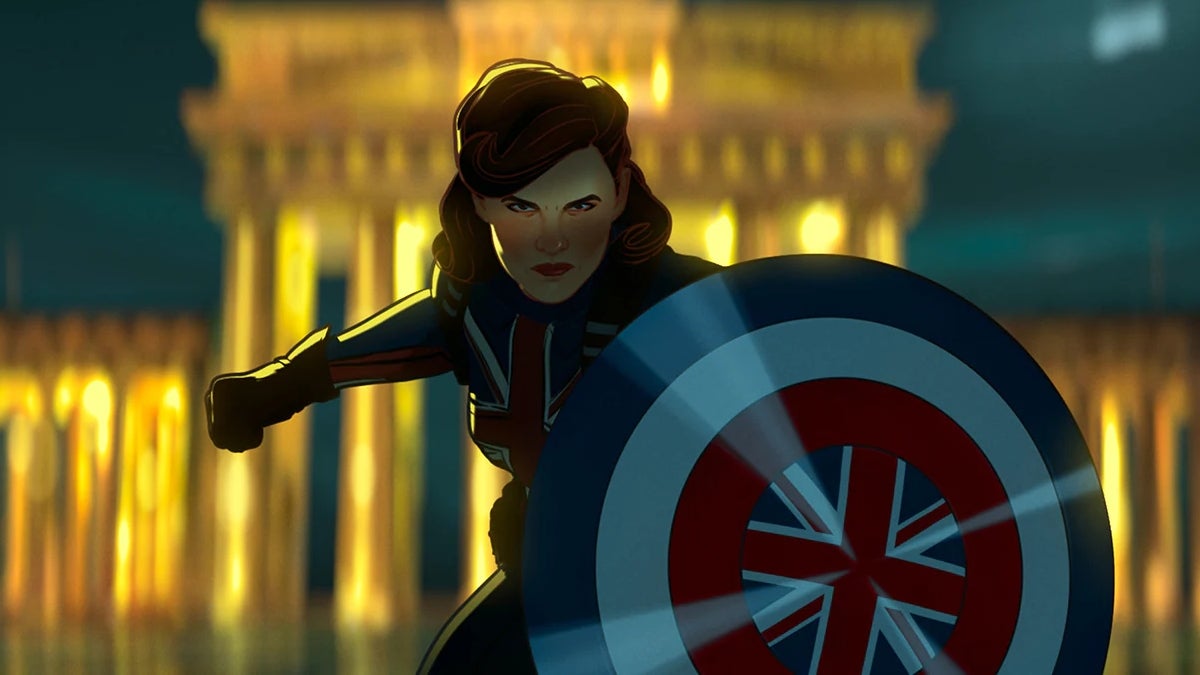 “What If” isn’t bad; it was consistently thrilling and occasionally even moving. And the animation style, a combination of pseudo-videogame-y 3D characters with 2D flourishes and effects, was terrific. There was also something poignant about seeing Chadwick Boseman’s last performances as Black Panther, here reimagined as an alternate universe Star Lord, whose crew of Guardians of the Galaxy is very different. (Most of the MCU actors returned for this animated series, which was both a kick while also making those who didn’t return even more glaringly obvious. We’re looking at you Chris Evans.)

What’s also been surprising about “What If …?” is how much of an impact it seems to be having on the mainline MCU; fans of the animated series weren’t all that surprised to see evil Doctor Strange turn up in the trailer for “Doctor Strange in the Multiverse of Madness” considering his prominence in the show. But it does seem somewhat slight compared to the more successful live-action series. Still, there will be more “What If …?” episodes coming soon, along with a “Marvel Zombies” spin-off, proving that the animated side of the MCU might grow in complexity and stature alongside the live-action continuity. 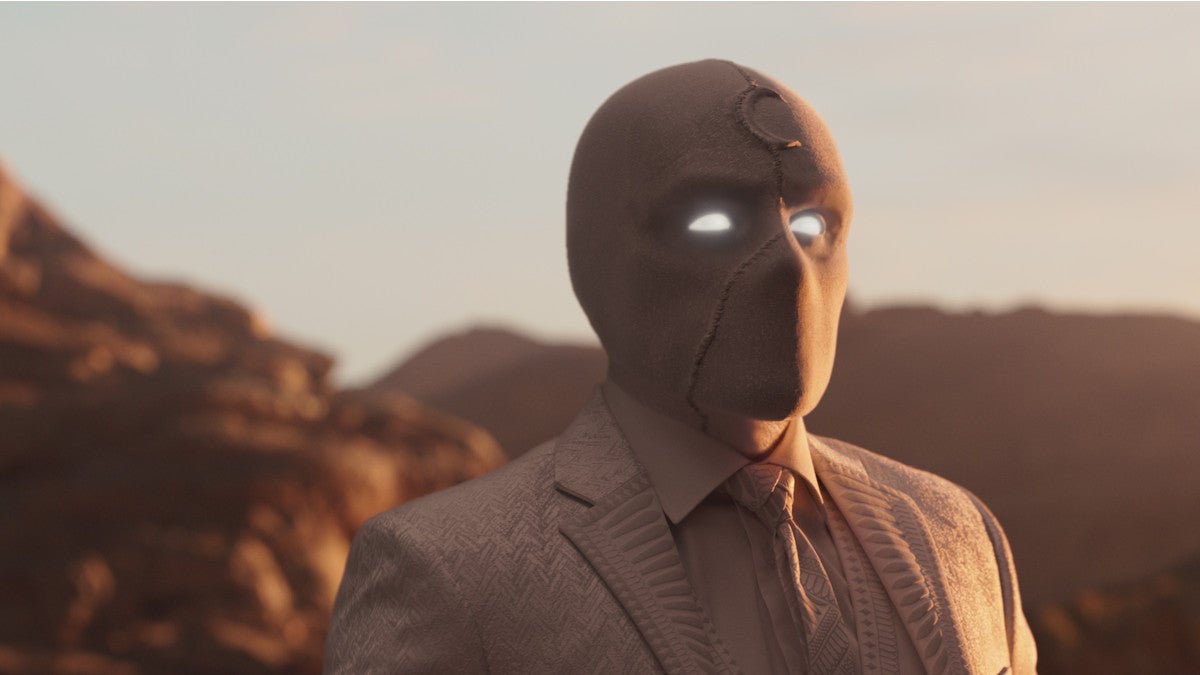 “Moon Knight” was unique for the Marvel Studios/Disney+ gambit by being a character that hadn’t previously appeared elsewhere in the MCU (and one that, throughout the course of the series, didn’t interact with any other Marvel character either). And that mostly paid off.

Oscar Isaac stars s Moon Knight, a hero who gets his powers from an ancient Egyptian god (voiced by F. Murray Abraham) and who is also suffering from dissociative identity disorder, meaning that Isaac gets to deploy a cockney British accent out of “Mary Poppins” (as he plays a nerdy museum gift shop employee) alongside his own voice (as a hardened mercenary). Throw in some dueling gods, Ethan Hawke as a malevolent cult leader (is there any other kind?) and layers of reality that squish together like a goopy lasagna, and you’ve got a gleefully mind-bend-y series that feels like its excavating an entirely new section of the MCU (in a good way). Those who are looking for more meat-and-potato thrills might be disappointed and, if we’re being honestly, it doesn’t totally stick the landing (a frequent problem for these Marvel Studios series), but it should be appreciated for being so tonally unique and for Isaac and Hawke, who maybe don’t do the best acting but certainly do the most acting.

How Moon Knight will show up in an “Avengers” movie (or whatever) is anybody’s guess. But at least another season of the show could be fun, especially with the last-minute introduction of Moon Knight’s third personality (how many people does he have in there?) This Knight isn’t over yet! 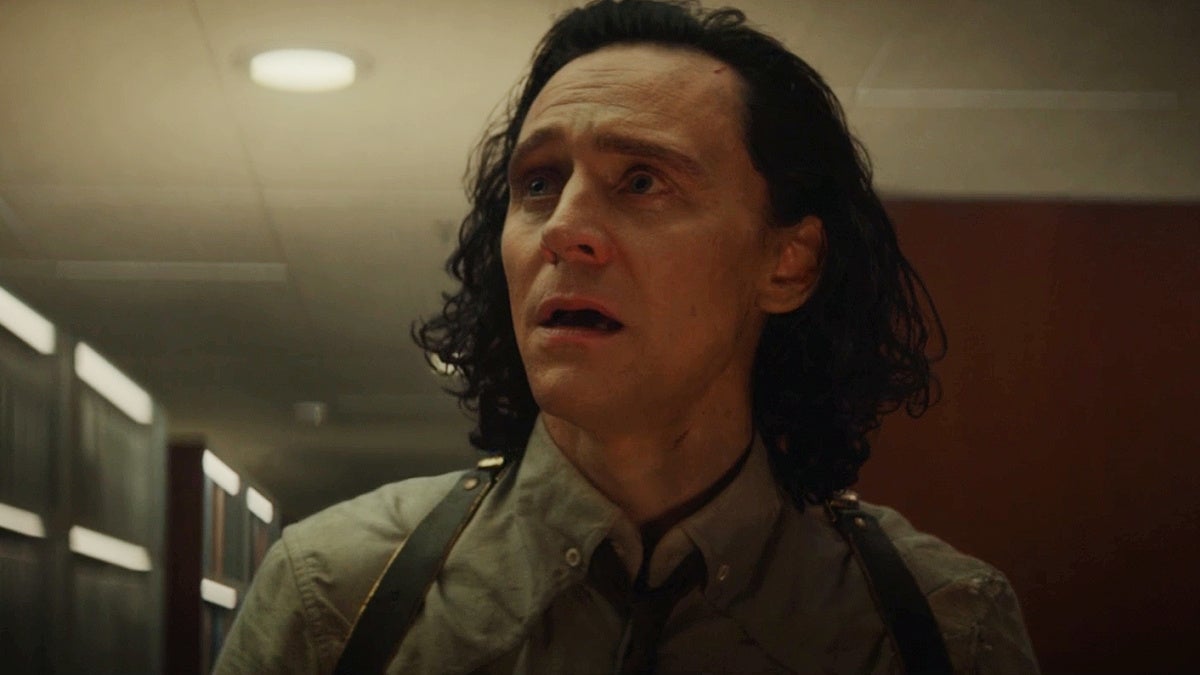 “Loki” wasn’t the show that Marvel Studios promised us; concept art revealed at San Diego Comic-Con a couple of years ago saw the god of mischief strolling through Times Square in the 1970s, a movie theater marquee showing “Jaws” prominently lit behind him. Over and over, “Loki’s” weirdness was proclaimed. This would be a time-hopping adventure that saw Loki (once again played by Tom Hiddleston) slipping in and out of the MCU, except, it didn’t quite end up like that. It was more of a workplace comedy, with much of the series set in a series of glum rooms in a never-ending office building.

There were lovely flourishes, for sure, and a terrific cast that included Owen Wilson, Wunmi Mosaku, and Gugu Mbatha-Raw, but ultimately the series felt a little half-baked, from its premiere episode that was mostly Loki watching clips from other movies, to a finale that introduced Jonathan Majors for the sole purpose of delivering a series of overlong monologues. In between, there was fun to be had for sure (we love alligator Loki, Miss Minutes and Natalie Holt’s glitchy electronic score), but even the time travel mechanics weren’t all that compelling. Sure, Hiddleston hamming it up is always a delight. But here’s hoping season 2 will turn up the volume and deliver on what was promised oh-so-long ago. 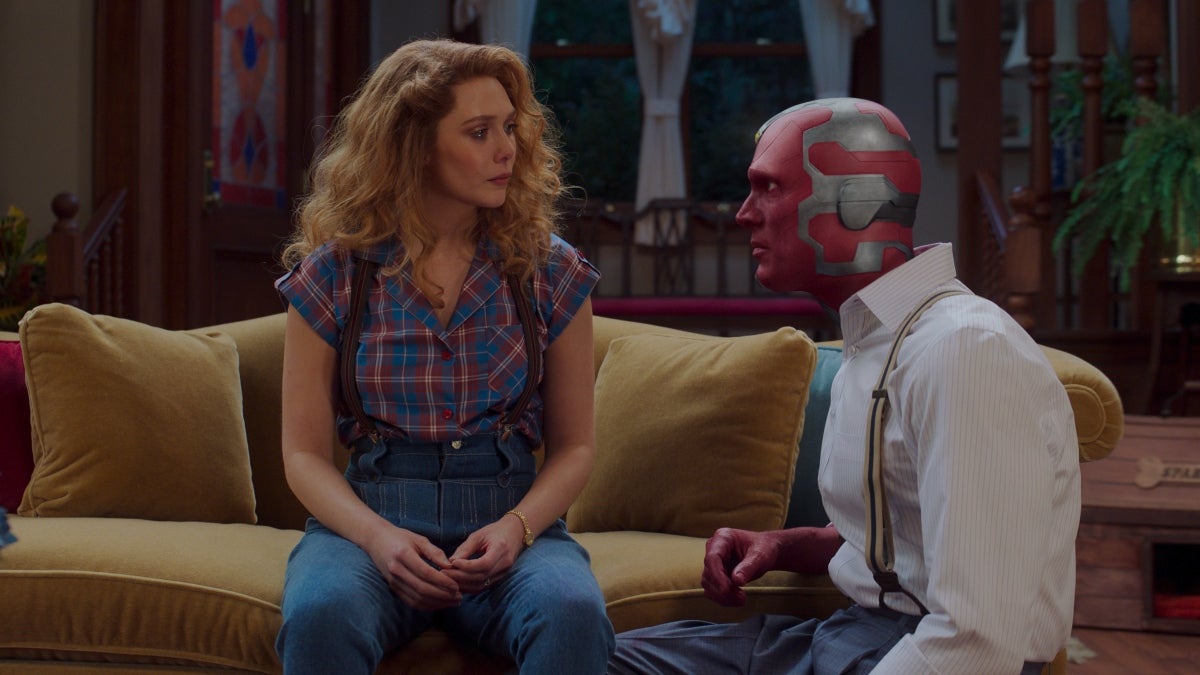 The first Marvel Studios series out of the gate (which wasn’t the plan, but hey, the pandemic works in mysterious ways) was charming and idiosyncratic, until it wasn’t. But even as “WandaVision” devolved into familiar Marvel action beats by the end of the series (people flying around shooting lasers at each other, where have we seen that before?), it landed a brutal emotional gut punch that felt like the entire show was building towards. And that might be its greatest accomplishment. Elizabeth Olsen and Paul Bettany, as versions of Wanda and Vision who are trapped in an ever-evolving sitcom setting, was enough to get most people to watch, but the series rewarded viewers with new complications and diversions – the introduction of potential new hero Monica Rambeau (Teyonah Parris), every episode getting a unique theme song by “Frozen” hitmakers Bobby and Kristen Lopez, and, most seismically, the first appearance of Agatha Harkness, played by the great Kathryn Hahn, who already has her own spinoff incoming. Part of the fun of “WandaVision” was how unexpected it was; you never knew what the next episode was going to bring.

And while there were definitely some low-points to the series (chiefly anything happening outside of Westview), it was such an exhilarating debut for the Marvel Studios small screen output. And its bite-sized, 30-minute runtime made it as easy to re-watch as any of the movies. It's hard not to miss “WandaVision,” but as the show taught us, “What is grief, if not love persevering?” 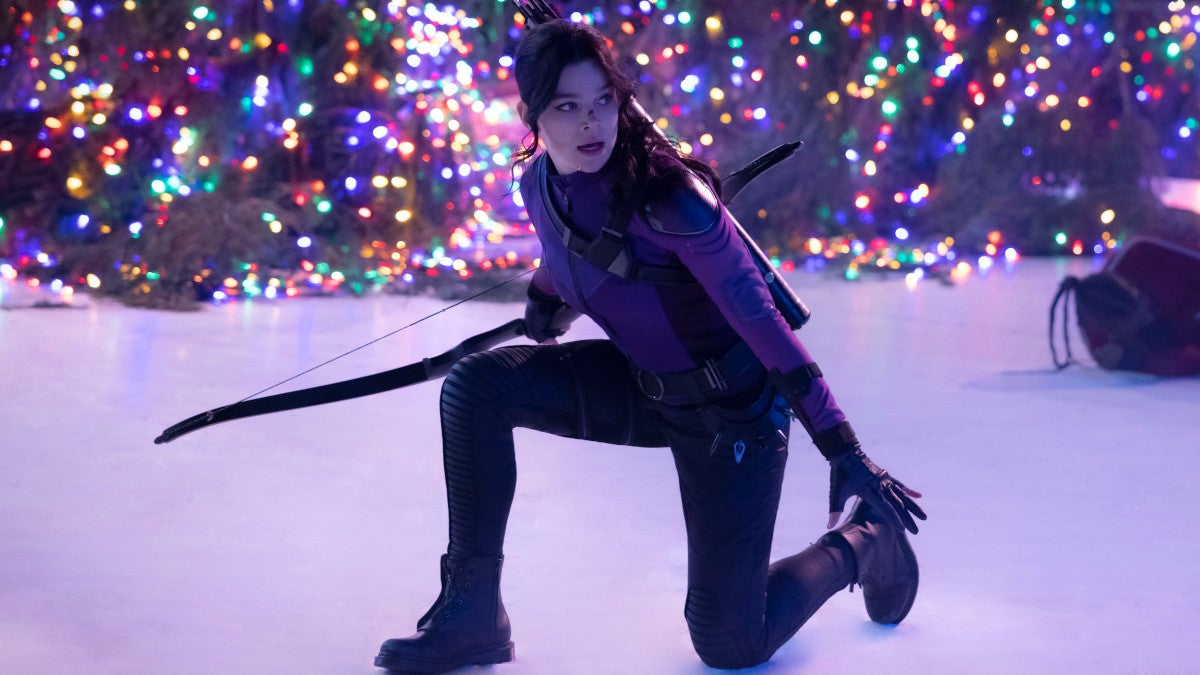 Listen, we’re as surprised as you are. But everything about “Hawkeye” was as delightful as it was unexpected. How Marvel Studios could take an objectively B-grade Avenger, Clint Barton (Jeremy Renner), stick him in New York City for Christmas, have him befriend a young acolyte, Kate Bishop (Hailee Steinfeld), and have it be their most dramatically rich, genuinely compelling show is downright miraculous. But here we are. Part of what made “Hawkeye” so much fun is its follow-through – it promised a small-scale, Shane Black-ian buddy action format and it delivered, big time. (There wasn’t any concept art of Hawkeye skydiving out of a plane into a wormhole or something.) Even more miraculous was that it was able to fold in events from Marvel Studios’ recent past, continuing the saga of Yelena (Florence Pugh), fellow Black Widow and sister of Natasha (Scarlett Johansson), from this past summer’s “Black Widow,” while also making room for Kingpin (Vincent D’Onofrio), a transplant from Netflix’s crop of Marvel series, who cannily debuted the same week Charlie Cox’s Daredevil showed up in “Spider-Man: No Way Home.” But the true magic of the show was in the chemistry between Steinfeld, excitable and full of ideas, and Renner, battle-worn and weary.

Together, the two bicker like old partners and learn to become real friends, all the while getting into energetically staged action sequences (including a climactic battle in Rockefeller Center) and uncovering a deeper mystery. It’s the kind of thing that feels effortless but you know was a huge pain in the ass to get right, and it’s a testament to Renner and Steinfeld’s singular power as performers that the whole thing goes down so smooth. Unfortunately, “Hawkeye” didn’t create the kind of conversation that “Loki” or “WandaVision,” but here's hoping we haven't seen the last of either Hawkeyes.