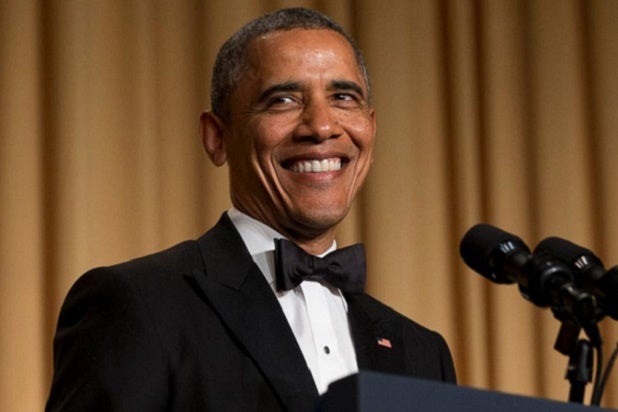 You don’t have to be a journalist, celebrity or socialite to watch President Obama’s final White House Correspondents’ Dinner, which is hosted by Comedy Central host Larry Wilmore.

Saturday’s “Nerd Prom” from the Washington, D.C., Hilton kicks off with red carpet arrivals at 5:30 p.m. ET, followed by dinner at 7:30 ET. President Obama and Wilmore are expected to deliver their monologues at roughly 9:45 ET.

Cable news networks will cover the event live and cord cutters don’t have to worry, as C-SPAN will stream all the speeches via its Facebook Live page.

“I like Obama a lot. But remember, I only supported him because he’s black so I can attack his positions all I want,” Wilmore recently joked on “CBS This Morning.”

CNN will be use Facebook Live for Saturday’s Garden Brunch hosted by Tammy Haddad. Once the actual event rolls around, CNN’s live coverage begins at 7 ET.

ABC News journalists expected to attend include Jonathan Karl and Martha Raddatz. In addition, the co-hosts of “The View” will be there – Whoopi Goldberg, Joy Behar, Paula Farris Raven-Symone, Michelle Collins and Candace Cameron Bure.

TheWrap will update information and guest lists as it becomes available.