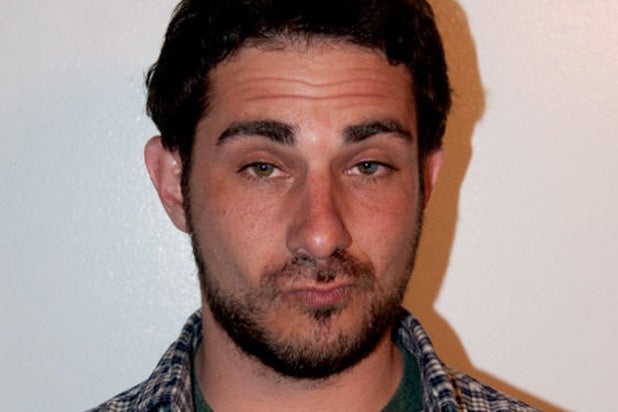 Former Gawker editor AJ Daulerio says he considered going into hiding after he was hit with a $140 million judgement in Hulk Hogan‘s lawsuit against Gawker for posting of an excerpt of his sex tape.

But before he disappeared, Daulerio said, he would have posted the tape in its entirety.

“What I did think initially was that, well, all is lost. But I do still have a copy of the sex tape,” he told the Longform podcast in an episode that aired Tuesday. “And it is completely newsworthy at this point. I was just like, okay. Why don’t I do a post on Ratter that says ‘Here’s What a $140 Million Sex Tape Looks Like” and then just peace out. Go to Miami, and just like be on the lam.”

Daulerio worked for Ratter.com after working for Gawker.

“This is what I was planning on doing. I was getting phones, like I was basically going to get burner phones, I was going to do this all kind of just covert,” Daulerio said. “And thankfully some people talked me off the ledge and said you’re not out of this yet, and Gawker’s not out of this, and I didn’t want to do anything to jeopardize Gawker more so than I already had at trial. But that was my first instinct. … I had that brief sliver of a revenge fantasy.”

Daulerio left Gawker in 2013, but fears that a quip he made during a deposition in Hogan’s case contributed to Gawker’s loss. Gawker and Daulerio had argued that the sex tape was newsworthy, and Daulerio was asked in a 2013 deposition if he could imagine a sex tape that wouldn’t be newsworthy.

“If they were a child,” Daulerio said.

Asked for a cutoff age, he responded: “Four.”

Daulerio said on the Longform podcast that he was kidding — but a Flordia jury didn’t find the quip funny.

Gawker and its former owner, Nick Denton, have declared bankruptcy. But Daulerio, who said he had around $1,000 at the time of the judgement, said he couldn’t afford to file bankruptcy, because a bankruptcy lawyer would cost him around $30,000.

He also said that however you feel about Gawker, it is clear that the case was being used to threaten journalists covering other stories. He noted that the lawyer who sued Gawker into submission, Charles Harder, has more recently made legal threats toward reporters on behalf of Melania Trump and former Fox News chief Roger Ailes.

Hogan’s case was secretly backed by Silicon Valley billionaire Peter Thiel, who was angry that Gawker outed him as gay in a post published years ago.

Daulerio said that when he realized he would be held personally responsible for the $140 million judgment, he tried to do some good — and have fun at Hogan’s expense — by making monthly donations to the NAACP in the wrestler’s name. The sex tape included Hogan using the N-word.

“My thought was, obviously everybody’s an a–hole out of this thing, but let’s not forget the racist guy,” Daulerio said on the podcast.

Hogan has tearfully apologized and begged forgiveness for using the word.

You can listen to the entire Longform episode here. It’s fascinating.