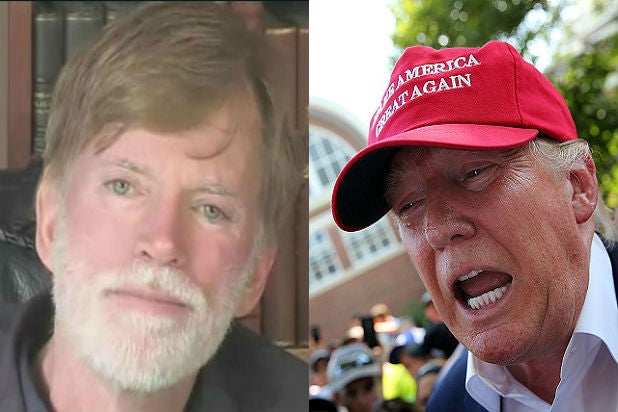 “Voting against Donald Trump at this point, is really treason to your heritage,” Duke said on his radio show, speaking of those who would vote for either Marco Rubio or Ted Cruz.

“I’m not saying I endorse everything about Trump, in fact I haven’t formally endorsed him,” he said. “But I do support his candidacy, and I support voting for him as a strategic action. I hope he does everything we hope he will do.”

The outspoken white supremacist also called on his listeners to volunteer for the Trump campaign, as he supports several of his policies, like Trump’s stance on immigration.

“Get off your duff. Get off your rear end that’s getting fatter and fatter for many of you every day on your chairs,” he said. “When this show’s over, go out, call the Republican Party, but call Donald Trump’s headquarters, volunteer.”

Duke previously voiced support for Trump back in August. While Duke admitted Trump’s proposals could be a political ploy to get the nomination, he agreed with the real estate mogul’s policies aimed at mass deportation of undocumented immigrants, calling him “the best of the lot” among the crowded GOP primary field.

Duke ran unsuccessfully for president as a Democrat in 1988 and later served in the Louisiana House of Representatives.