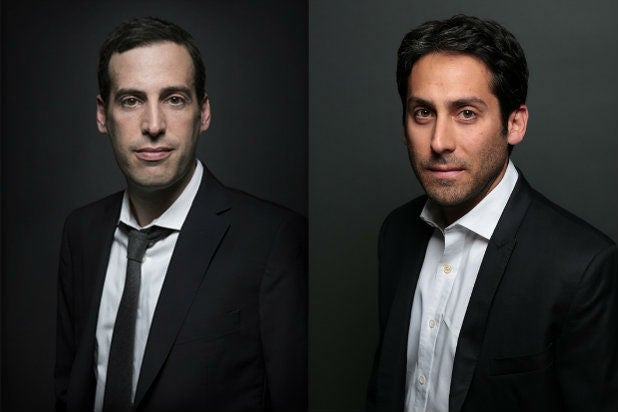 Relativity TV CEO Thomas Forman and his newly-minted president, Andrew Marcus, have many tasks ahead as they brush off the ashes of Chapter 11 bankruptcy. But first, a victory lap.

He’s referring to the sale of the tv division, among the crown jewels in the assets Ryan Kavanaugh‘s Relativity Media included in July Chapter 11 filings, to a group of its senior lenders for $125 million.

“If you had asked me at the beginning of world’s worst summer how I hoped this would all turn out, I would not have dared been so bold — that this company would be so well financed and independent,” said Forman.

Indeed, the senior lenders — Anchorage Capital, Falcon Investments and Luxor Capital — not only snatched them up in a credit bid at auction but also infused $60 million of capital into the company, one that’s urgently seeking a new name.

Though he declined to list names in contention, Forman said “it’s something I’d like to do as quickly as humanly possible to avoid confusion in the marketplace.”

And it’s a good time at market for Relativity TV. The company counts hits like MTV’s “Catfish: The TV Show” and CBS’ scripted drama “Limitless,” and brought in $96.6 million in revenues in 2014. It has also managed to exceed projections since the company’s bankruptcy filing, earning $22 million from August to October.

“This was a very lean and mean company to begin with,” said Marcus. “There were a couple dozen of us, and proudly. That was one of the reasons we were attractive to buyers … you manage to make a lot of money while carefully controlling cost. But we’re going to scale up some,” Marcus said.

Other top priorities include moving from their Hollywood offices (“we’re bursting at the seams,” Forman said), one that was annexed from Kavanaugh’s Beverly Hills headquarters.

When asked about the status of their relationship with Kavanaugh, and the last time they spoke with him, there was a notable pause.

“We wish Ryan all the best,” Forman said of the CEO, who himself is currently working with the courts to acquire Relativity Studios and other remaining assets.

Scripted television is of high interest for Forman and Marcus, and the new company retains rights to select Relativity Media film titles though they declined to say which.  “Limitless” is based on Relativity’s Bradley Cooper film of the same name. Documents filed in early October revealed Channing Tatum‘s “Haywire,” also a Relativity movie, was in active development on the TV side.

“Scripted is an important part of the business plan going forward and where we see lots of room for growth. Unscripted is the genre that built the company, and we still think the best business model in television,” Forman said.

“I’d go one step father and say, in 2015 , you have to be in every part of the content creation and production business,” Marcus added. “We’re proudly a little bit of everything.”

The men also feel fortunate they don’t have to break the ice with new ownership, saying “these were investors in Relativity Media, people we knew in a previous life. They indicated how much they believe in us.”

When asked about the possibility of entering the feature film market as a standalone company, they demurred.

“Right now we’re focused on our core business and growing that,” Forman said, noting their network and production partners have been flooding them with congratulations.