Call it the battle of the spin masters.

Sitrick, labeled the "Wizard of Spin" for his work with A-list clients in crisis, and Mayer, the founder of Buzz magazine and an adviser to the likes of Steven Spielberg and Peter Chernin, are giants in Hollywood’s public relations world.

In happier times, Mayer worked as managing director and head of the entertainment practice at Sitrick and Company, even co-writing a book with Sitrick in 1998 called "Spin: How to Turn the Power of the Press to Your Advantage.”

Originally filed in April in Los Angeles federal court by former Sitrick employee Richard Wool, the complaint alleges that Sitrick undervalued shares of his company, allowing him to regain control of the firm prior to its October sale to Resources Connection — and cutting his employees out of millions of dollars. (See previous story: ‘Wizard of Spin’ Sitrick Sued by Ex-Employee)

The complaint was amended on Friday to add Mayer as a plaintiff.

"Mr. Mayer is a competitor of Mr. Sitrick. I will just say that it is interesting that a competitor 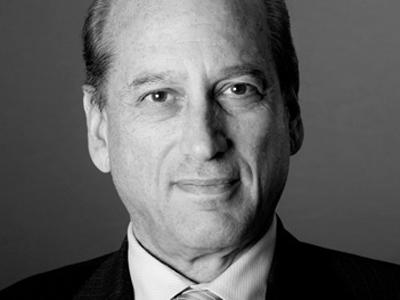 would join a suit," James Brosnahan, an attorney for Sitrick, told TheWrap. "The charges are not valid. There is nothing valid about them."

Brosnahan said that Sitrick plans to file a motion to dismiss the suit shortly and will ask for Mayer and Wool to pay attorneys’ fees.

Mayer worked for Sitrick from 1997 to 2006, leaving to join 42West in their Los Angeles office.  There was some speculation at the time that Mayer wanted out of the crisis-management business.

Mayer declined to comment on his involvement in the legal suit on Saturday and would only confirm that he had joined the complaint.

Gary Greenwald, an attorney for the plaintiffs, declined to comment. However, an individual with knowledge of the litigation said that Mayer’s involvement and his high profile in Hollywood will add more legitimacy to the suit.

Though Wool ran Sitrick’s New York office from 2001 to 2004 and owns the public relations firm RWC, he remains little known on the West Coast.

"When Richard Wool first filed, they tried to dismiss him as some obscure disgruntled employee, but they can’t do that with Alan Mayer," the individual told TheWrap. "He put Sitrick on the map in Hollywood, so it will be hard for Mike to spin this."

Lewis M. Phelps, a senior executive at Sitrick and Company, contacted TheWrap on Sunday to respond to the news that Allan Mayer had joined the suit. Here’s what Phelps had to say:

"I was a member of the now-terminated Sitrick ESOP. I ran the numbers, and I know it paid out a lot more than I would have gotten from a 401(k) with an employer match. I think the lawsuit is ill-conceived, factually groundless, and counterproductive."

Sitrick’s his wife Nancy, their family’s trust, his firm, and Georgia based Reliance Trust, which valued the stock plan before its sale to Sitrick, are also defendants in the suit.

Wool and Mayer are the only plaintiffs named, but the suit is being filed on behalf of all of the stock-option plan’s participants, meaning they would share in any damages awarded.

Sitrick originally sold 25 percent of the company to his employees for $15 million in 1999. He repurchased that stake in 2008 for $1.7 million. In October of 2009, Sitrick sold the company in a deal worth approximately $70 million, according to Brosnahan. However, half of that figure was an earn out, which will have to come from billing logged by the new firm.

Moreover, Brosnahan argued that Reliance valued the shares at such a discount from their 1999 high, because Sitrick was not under contract to the old company. He also emphasized that the price was decided by an independent evaluator, Reliance, which is named in Wool and Mayer’s suit.

"It is not accurate that the two prices should be compared," Brosnahan told TheWrap. "There’s quite a difference between the two figures, but you have to realize that Mr. Sitrick was paid not just for the company. He had to agree that he work for a number of years."

As part of the deal, Sitrick also had to sign a non-compete agreement.