EXCLUSIVE
Former U.S. Sen. Bob Kerrey has been tapped to be the next chairman of the Motion Picture Association of America, TheWrap has learned.

Kerrey has won approval from the heads of the movie companies that make up the powerful Hollywood lobby, though no deal has yet been signed, according to three people familiar with the process. 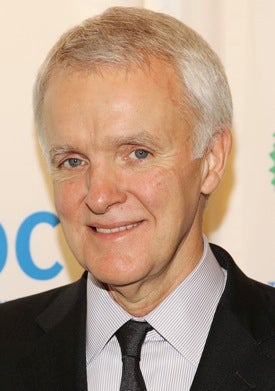 The job was described as “his to lose” by one such person.

A moderate Democrat with long-standing ties to the Hollywood establishment, Kerrey has been a Vietnam hero, a governor, a U.S. Senator from Nebraska and a Democratic presidential candidate (in 1992).

He is currently president of the New School University in New York City, a position he has held for nine years that will end in June 2011 .

He’s being tapped to replace Dan Glickman in the more than $1.3 million a year role as chairman-CEO of the MPAA.

Glickman stepped down in January after five years running the association. Bob Pisano has been acting chairman.

A spokesman for the Motion Picture Association had no comment.

The heads of the studios that make up the MPAA — Disney, Warner Bros., Sony, NBC Universal, 20th Century Fox and Paramount — have interviewed and signed off on the former senator in the past several weeks.

As of now, Kerrey is the only candidate for the position. The studio chiefs had been considering former Tennessee Congressman Harold Ford Jr. for the post, but he elected to drop out of the running.

In choosing Kerrey, the MPAA’s members studios are looking for a return to the strong leadership style of founding CEO Jack Valenti, the former aide to President Lyndon Johnson who for 38 years headed the MPAA. Valenti, who developed the content ratings systems the movie industry, the TV industry and the cable industry use, was widely perceived as one of the premier lobbyists in Washington.

While well-liked, Glickman had been criticized for not providing strong enough leadership.

In Kerrey, the MPAA would get a high-visibility spokesman and someone who is known as being more outspoken than Glickman, but also with a decidedly liberal tilt.

Glickman, a longtime congressman, was Agriculture Secretary under Bill Clinton.

Kerrey, 67, has never served in the White House or the administration, despite his run for office, but he’s well known in Washington.

Kerrey, who lost part of his leg in while serving in Vietnam and won a Medal of Honor, was governor of Nebraska from 1983 to 1987. He met actress Debra Winger while she was in the state filming “Terms of Endearment” and dated her for two years.

He became a U.S. senator in 1989 and became vice chairman of the Senate Intelligence Committee, ran for president in 1992, and after quitting that race remained in the senate until 2001 when he quit to become president of the New School in New York.

Though no longer an elected official, Kerrey remained active in public life, notably as a member of the 9/11 Commission. He’s also toyed several times with returning to political life, first potentially in 2005 as a Democratic challenger to New York Mayor Michael Bloomberg and most recently in 2007 as a candidate for the Nebraska U.S. Senate seat Republican Chuck Hagel was giving up.

Kerrey has never been shy in expressing his views, whether on the stump, in the senate or on "The Daily Show," which he has visited several times.

In 2007, announcing his decision not to run for Hagel’s seat, he wrote in the Huffington Post that he had looked closely at running because he was upset about where the country was heading.

“I am deeply troubled about the direction of our country. And the idea of returning home to Nebraska to lead a political campaign based on a promise to do my part to change the direction was very appealing. I love Nebraska and believe in public service. I have not given up on politics or democracy simply because both have been debased in recent years by money, corruption, and personal weakness,” he wrote.

But he said he decided not to run because for family and personal reasons and because he had more work to do at the New School.

While on the 9/11 Commission, Kerrey was vocal on a number of issues, writing a public letter to the commission chairman and vice chairman complaining about an agreement that resolved issues with the Bush White House about access to Presidential Daily Briefs by limiting the access to top commission officials.

As a senator, Kerry’s politics sometimes put him at odds with conservative Nebraska. He supported freedom of choice, some elements of gun control and civil rights protection in the work place.

His departure from New School was not without controversy. In 2008 in a largely symbolic move the school’s faculty took a vote of “no confidence” against Kerrey, on administrative issues.

Lawrence O’Donnell, who himself has frequently crossed the lines between Hollywood and D.C. as writer, executive producer, creator, MSNBC host and former senate staffer, has known Kerrey for years and was responsible for introducing Kerrey to his now wife.

“No one doesn’t want to talk to Bob Kerrey. He’s a very winning charming guy. He’s always had that going for him. Both communities respond to star power, and Bob Kerrey has star power.”