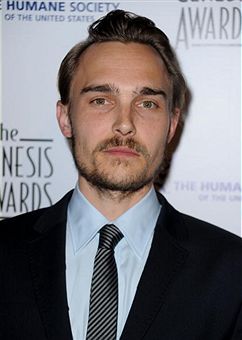 For its part, Spike would not confirm the duo’s casting or the project, though TheWrap has obtained the official casting breakdown.

The story concerns two childhood friends who have grown up to become small town cops who act like they’ve never left high school. Police work proves harder than they imagined, but they enjoy getting paid to hang out all day together and hit on girls while carrying loaded weapons.

In the pilot, the duo’s response to a domestic disturbance call is complicated when it’s revealed that one of the officers is the reason for the argument, which relates to marital infidelity.

TheWrap can also exclusively report that "FlashForward" regular Christine Woods has booked an NBC pilot called "Perfect Couples," from Jon Pollack ("30 Rock") and Scott Silveri, one of the exec producers and writers on "Friends." The show will follow three very different couples, one of which includes previously-attached actress Olivia Munn ("Iron Man 2").

Masterson is best known for playing ‘Hyde’ on Fox’s "That ’70s Show." He recently appeared as one of Jim Carrey’s best mates in the WB comedy "Yes Man."