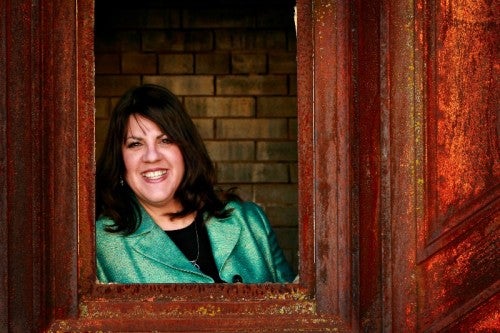 Film producer Wendy Weiner Runge claims that criminal charges brought against her as part of an investigation into alleged abuses of Iowa's film-tax-credit program may be motivated in part by anti-Semitism.

Runge was charged last February with theft stemming from her sci-fi film "The Scientist." The production collected $1.85 million in credits for shooting largely in Council Bluffs, Iowa.

Prosecutors claim that many of Runge's costs were inflated. She faces up to 25 years in prison if convicted.

In addition to Runge, the film's director of photography Matthias Saunders, writer and director Zachary LeBeau, and three limited liability corporations associated with the film's production all have been criminally charged by the Iowa Attorney General's office.

Tom Wheeler, who served as director of the Iowa Film Commission until he was fired in September 2009, has been charged with misconduct.

Runge believes that she is being made a scapegoat and thinks that her Orthodox Jewish faith may have something to do with it.

"They wanted to score political points and must have perceived me to be an easy target," Runge told TheWrap. "I did everything we were asked to do; we went above and beyond to the point where the executive director was not pleased we asked so many questions."

An investigation into abuses of the state's tax program is ongoing, but so far no other film productions have been criminally charged. This despite the fact that a recent investigative piece by the Des Moines Register revealed that at least eight other film productions had engaged in questionable use of the incentives, including inflating location fees and manipulating films' expenses. Film executives also have been accused of buying luxury cars using money from Iowa film tax breaks.

When contacted by TheWrap, a spokesperson for the Iowa Attorney General's office declined to comment on whether criminal charges will be filed against those other film production companies. The spokesperson did, however, refute Runge's claims that she's being targeted because she's Jewish.

"A person's faith has no effect on our impartial judgement as prosecutors." Bob Brammer, a spokesperson for the attorney general's office, told TheWrap.

She points out that the court has scheduled her pre-trial hearing on Rosh Hashanah, a Jewish holy day. When her lawyer asked to move the date, they were told that Rosh Hashanah was not a recognized holiday in the state, Runge told TheWrap.

"A month has gone by and they have not made any effort to reschedule," Runge said. "They couldn't say to themselves, 'She's Orthodox, she probably can't be there on Rosh Hashanah, the holiest of days.'"

She also claims she has been subjected to coded, anti-Semitic remarks by the prosecutors.

She claims that during a meeting with prosecutors she was asked by one of the deputy attorney generals if she knew Sholom Rubashkin, the Orthodox Jewish head of the Iowa-based glatt kosher Agriprocessors slaughterhouse, who was convicted of financial fraud in November 2009. (On Tuesday, Rubashkin was acquitted of charges that he violated child labor laws.)

"I felt it was a threat," Runge said. "I didn't know Rubashkin. Why would I know who he was? It wasn't just a slip of the tongue. It was the same guy in Iowa who had prosecuted Rubashkin as well."

Runge said that after her attorney complained about the question, prosecutors claimed they had been misunderstood. They further told her that her religion had no bearing on the way they handled the case.

Runge has reached out to two Jewish human rights organizations, the Simon Wiesenthal Center and the Nebraska branch of the Anti-Defamation League, to see if they can draw attention to her cause. Spokespeople for both organizations confirmed to TheWrap that her case was under review, but said no decision had been made yet about whether either group would get involved.

Runge says that regardless of whether the charges brought against her are religiously motivated, they are unfounded. She says she received approval from the Iowa Film Commission for all of the claims she submitted and was not aware that she might have committed any violations until the investigation started.

"I may go to jail for 25 years for doing exactly what the state of Iowa told me I should do," Runge said.