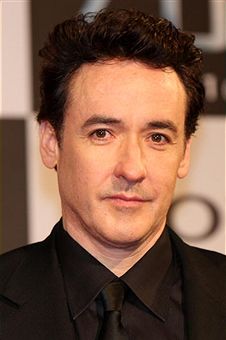 A day after WME lost "Accepted" star Justin Long to CAA, it seems that another one of "Hot Tub Time Machine" director Steve Pink’s leading men, John Cusack, has left the agency for CAA.

Cusack most recently starred in Pink’s gross-out period comedy and Roland Emmerich’s disaster flick "2012." He next stars in the Weinstein Co.’s long-delayed WWII-set drama "Shanghai," directed by Mikael Hafstrom, whom Cusack previously worked with on "1408."

"Shanghai" wrapped back in August of 2008 and finally opens in China this month. While there is no official release date in the U.S., the film is expected to debut stateside this fall.

Cusack recently wrapped a lead role in the crime thriller "The Factory," in which he plays an obsessed cop on the trail of a serial killer in Buffalo, New York. When his teenage daughter (Mae Whitman, "Scott Pilgrim vs. the World") disappears, he drops any professional restraint to catch the killer.

As a producer, Cusack is currently developing "Cosmic Banditos" as a possible starring vehicle. The film follows the chaotic lives of a group of Columbian marijuana smugglers who are led by an American ex-pat.

The 43 year-old actor has hit a bit of a rough patch ("Igor," "Martian Child," "War Inc.") the last few years but he’s still capable of doing great work, as evidenced by his impressive performance in the drama "Grace Is Gone."